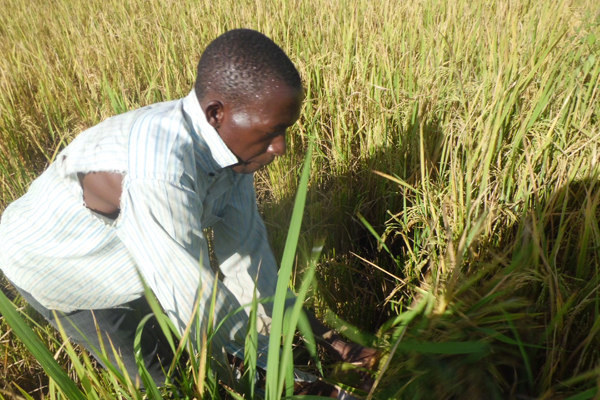 Another crop meets the challenge of rice breeding

Scientists around the world, including those in Uganda breeding rice, are now applying anther culture technology in rice breeding.

It is a technique by which developing anthers at a precise and critical stage are aseptically removed from the unopened flower bud and cultured on a nutrient medium where the microspores in the cultured anther develop into corn tissue which gives rise to a haploid.

Another culture is to select suitable parents in a breeding program according to the goals and carry out. Suitable parents are those that carry excellent agronomic traits of interest that can be grown easily. Scientists generally use sources of immature pollen grains located in the anthers to make crosses. The donor parent’s growing environment should be controlled for everything, including light, nutrients, humidity, and temperature. It is also important to note that the stage of development of the plant is very important when selecting.

Steps taken in another culture

In the following measures, Dr. Jimmy Lamo explains how farmers can use anther cultivation to develop better rice varieties. Flowers or buds must be sterilized depending on the species and support requirements may differ. Once the flower is removed, it is kept on ice and the anthers are dissected under a microscope and with sterilized forceps. The anthers are then transferred to a nutrient-rich solid medium and a callus is formed. Breeders should try the crop before proceeding to large-scale production, as some genotypes within a species are better suited to haploid production than others.

Then a callus is formed and transferred to another medium to produce embryos where the haploid plant is generated.

After sufficient growth, the haploid plant is placed in soil or rooting medium and then subjected to artificial chromosome doubling.

Dr. Samson Ojok, working with the Rice Breeding Program at NaCRRI, explaining the newly released varieties, noted that there are more than 15 varieties that farmers grow in irrigated uplands and lowlands. These include the Nerica Nerica 1 – 10 and Namche 1-6 series, all grown in the highlands. The irrigated lowland varieties are the Wita9, Komboka, Agoro and Okile varieties. The yield rate of these varieties under good management is 2 to 3 tons per hectare.

Newly released varieties include Naro 1 rice which has straw colored kernels and matures in 95 days. The yield rate is 5,708 kilograms per hectare.

Naro Rice 2 matures in 120 days and has thin grains similar to Basmat rice variety imported from Pakistan with a yield rate of 5,980 kilograms per hectare.

Naro Rice 3 matures in 115 days and it has larger heavy grains than the preferred Super rice and it produces 4,760 kilograms per hectare.

All these varieties are bred to replace imported rice in the country and they are tolerant to deadly rice virus disease, rice blight and bacterial leaf streak.