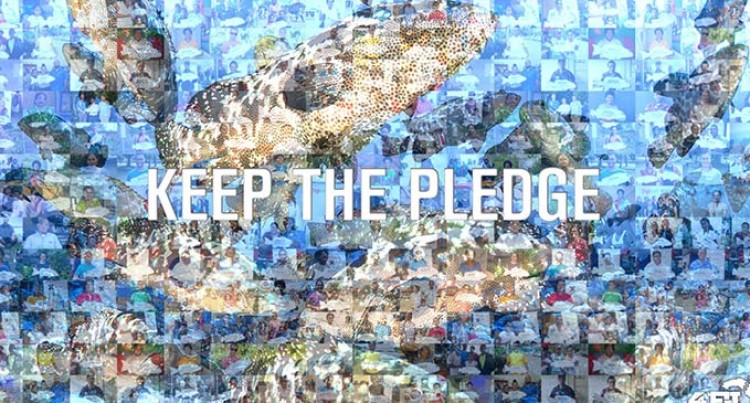 The 4FJ Fish Smart campaign is asking people in Fiji to give up kawakawa and donu for the next four months as these high-value fish species come together to breed. “This is

The 4FJ Fish Smart campaign is asking people in Fiji to give up kawakawa and donu for the next four months as these high-value fish species come together to breed.

“That’s the goal of 4FJ Fish Smart, to find ways to improve the health of our fishing grounds, so that we get bigger and better catches,” said Mafa Qiolele, program manager for cChange, which coordinates the multi-partner initiative.

“So let them breed and have more later,” she said.

According to Department of Fisheries reports, nearly 80% of known tunny and donu breeding grounds in Fiji are in decline or extirpated.

As you might expect, these fish congregate at the same times and in the same places each year to spawn, making them fairly easy to catch in large numbers during this time, which, in turn, leaves little fish replenish Fiji’s reefs.

Since 2018, the government of Fiji has banned the fishing, collection, transport and sale of kawakawa and donu from June 1 to September 30. June 1 marks the start of the legal ban.

In the previous two years, the ban was lifted in recent months, the government said, due to the economic impacts of COVID-19. With COVID-19 travel restrictions lifted and tourism restarting, the ban is not expected to be lifted this year.

Over the past two years, the 4FJ campaign has encouraged the tens of thousands of people who have pledged to give up these fish during their breeding peaks, to keep their pledge.

To learn more about the 4FJ Fish Smart campaign and the things you can do to improve the food security and livelihoods of Fijian communities, visit www.4fjmovement.org.