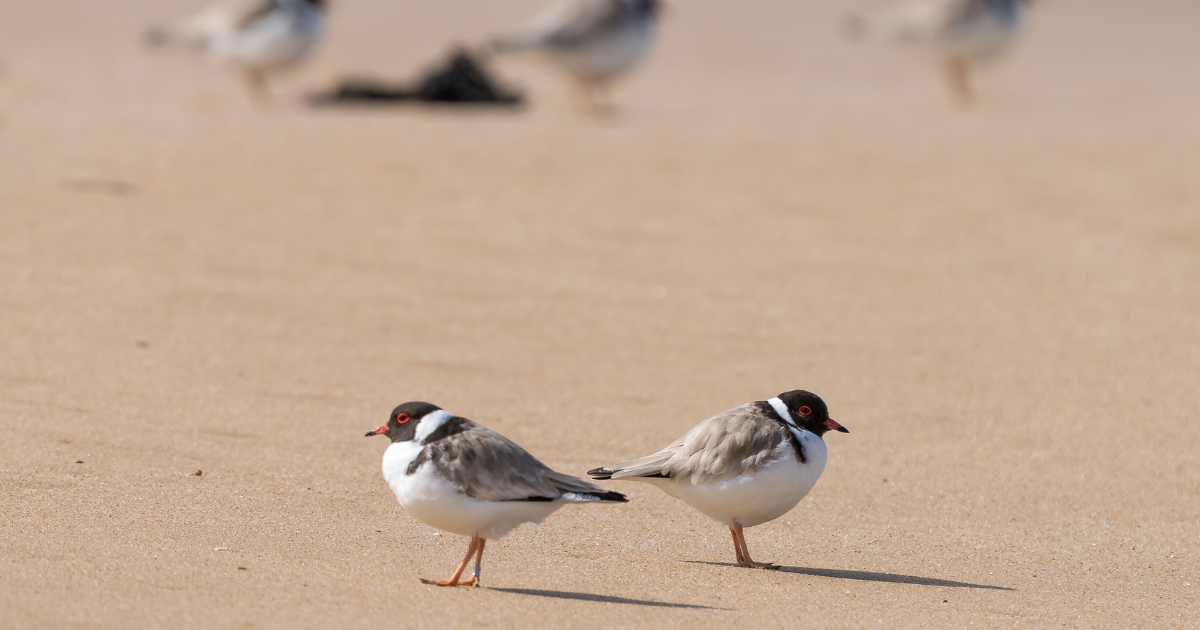 BREEDING season has begun for the region’s beloved and endangered plovers and the City of Greater Geelong is urging residents to observe seasonal dog regulations.

“Caring actions by bathers, such as keeping dogs on leashes and giving birds space, positively impact the birds’ ability to breed successfully.

“The disturbance caused by off-leash dogs is one of the main threats to nesting birds on the beach, but also a threat that visitors can control.

“Keeping your dogs on a leash gives endangered local plovers and other beach birds the best chance of survival.”

Red-headed plovers have been known to frequent Ramblers Road Foreshore, Portarlington for nesting in recent years and other bay beaches.

Hooded plovers and red-headed plovers each lay up to three eggs in a small scrape in the beach sand above the high water mark, with nests nearly invisible to the untrained eye.

Unlike masked lapwings, which are found in suburban areas often nesting on lawns, natural strips or other grassy areas, beach-nesting plovers species are much smaller and can have difficulty finding an undisturbed space to nest, feed and raise their young.

Plovers can take 30 days to hatch once the eggs are laid, and chicks rarely survive long enough to fly successfully.

The chairman of the city’s environmental portfolio, Jim Mason, reiterated to residents that they have the ability to keep breeding plovers safe.

“We appreciate dog owners who adapt their behavior each spring and summer on the few beaches where these birds remain,” he said.

“After hatching from the eggs, the chicks take another five weeks before they can fly, making them vulnerable to predators and off-leash dogs.”

Tactics beach visitors can employ include walking along the water’s edge, observing signs, managing your dog according to regulatory signs, and keeping away from signed/fenced breeding sites.