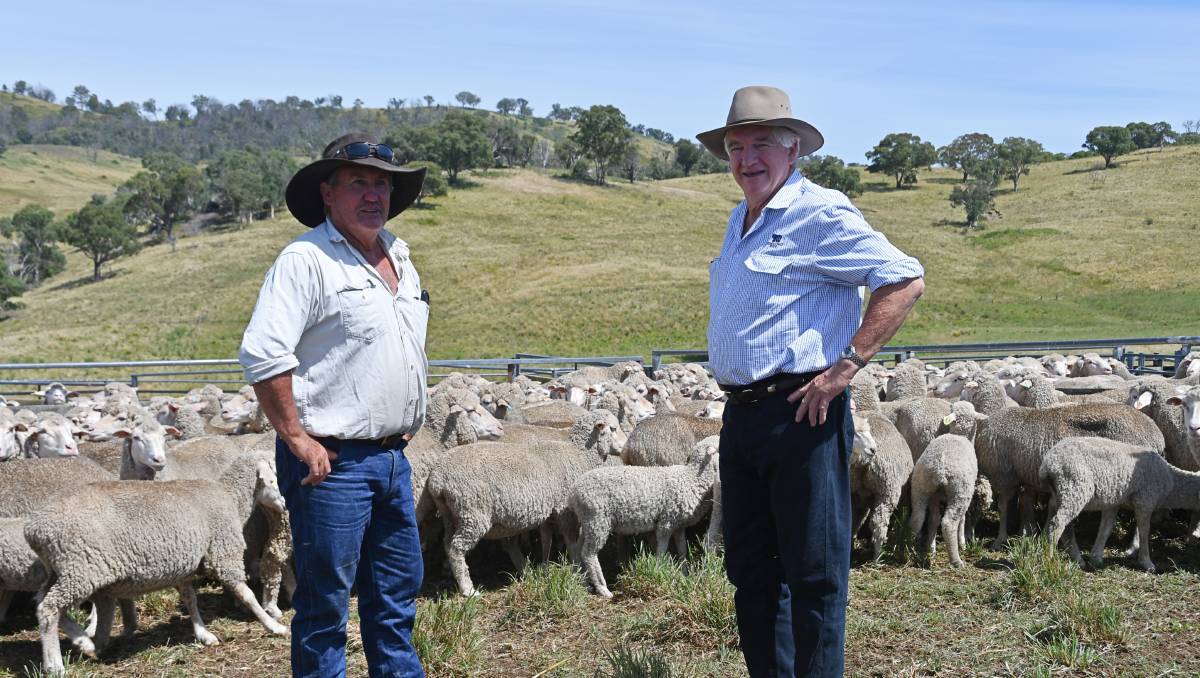 THE wool market crash of the early 1990s caused producers across the country to re-evaluate their operations, as did New England breeder Clarrie Doyle.

After nearly two decades working as a grader and wool manager, the Mungindi native decided to put down roots in one of the most important merino breeding regions in the state.

However, after experiencing the hard times firsthand, Mr. Doyle saw the writing on the wall in regards to wool-raised sheep and decided to go a different route.

He wanted to breed a merino that would put more emphasis on meat production, without completely sacrificing its wool productivity, as well as a sheep that could thrive in the cold New England climate and the heat of the northwest. New South Wales.

It took more than 20 years of trial and error on his Bendemeer, Danbury property, but Mr Doyle believes he has struck the right balance with his current herd of around 1,200 head.

“I started breeding them around 1998 and was one of 12 breeders across Australia, doing so at the time, but since then each has gone their own way and I’m possibly one of the last, if not the last breeder left,” Mr Doyle said Earth.

“I wanted to see if there was an option to have a merino that could still offer quality wool, while being primarily a meat sheep.

“For me, I really wanted to see the merino industry move forward and I wanted to explore if that could be an option and I think it’s most definitely a viable option.”

Mr Doyle, who has worked in the sheep industry all his life in both New South Wales and Queensland, said he had been very particular about what bloodlines to base his flock on and that ” it’s all about selection.”

“These sheep are from a Haddon Rig base and all have a ride score of one,” he said. “We started with a few SRS lines, then a Rambouillet, then a composite ram and a cross of White Suffolk as well as a small percentage of White Dorper in them as well, to help get that tenacity.

“It’s taken a long time to get them to this point and selection plays a key role in that, if something doesn’t quite fit we’ll just look to eliminate it.

‘”We’ve had sheep in places like Weemelah, NSW, Queensland like Millmerrin and Eulo, while some have come down to the Eyre Peninsula which means that we’re trying to raise a mobile, adaptable sheep that can thrive not just in cold New England, but in much warmer places as well.”

As the flock’s wool has continued to improve over the years, Mr Doyle said it has opened up further business opportunities, while the breed’s ease of care also offers savings on the bottom line of farm, which also includes livestock.

“Shearers are really hard to come by these days and I’m really lucky to have a strong shearing team that’s been with me for years and I think that’s because the sheep are easy to handle and that the team knows what to expect,” he said. .

“I also don’t need to use any chemicals on these sheep and our fly rate, even this year when it’s very prevalent, is still only 0.5 per cent.

“The ewes we have now are growing between 12 and 15mm per month, while the young ladies at six months are growing 76mm at 18 microns, as well as an average comfort factor of 99.82.

“As well as that we sell lambs to Westdale Family Meats in Tamworth and the two-toothed lamb is a great tasting meat. If you look at your bottom line and what you earn per acre I think they are quite cost effective compared to many other options.”

Jemalong Wool regional manager Tim Drury, Tamworth, said while it was difficult for dual-purpose sheep farmers ‘to get all 100pc where you want it’, Mr Doyle’s flock was big quality.

“Clarrie has put her wool in a really good position and this year has been a really good test for her with all the long grass and heavy rain we’ve had,” Drury said.

“Despite all these challenges, he kept a very good color and the cut per head was also very good.”

Do you like agricultural news? Register for Earth free daily newsletter.