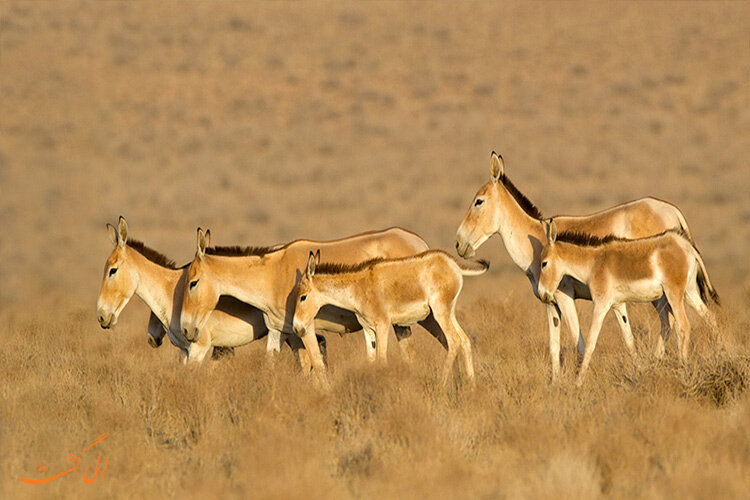 TEHRAN — Effective measures have been taken to protect the endangered Persian zebra population, so that 42 zebras have so far been bred in captivity.

The Persian onager, also called Persian zebra, is a subspecies of onager native to Iran. It is listed as endangered, with no more than 1000 individuals left in the wild and only 30 individuals living in North American institutions.

Persian onagers are known to inhabit mountain steppes, semi-deserts or desert plains. They are usually found in desert steppes. Their largest population is in Khar Turan National Park.

In recent years, due to the measures taken by the Department of Environment (DOE) to conserve the Persian zebra, the population of this species in the breeding grounds has experienced favorable growth.

Currently, 42 Persian zebras live in breeding centers in the provinces of Yazd, Alborz, Semnan, Fars, Kerman and Tehran, which are also in good condition, said Gholamreza Ebdali, head of the protection and management office of the DOE wildlife.

“We intend to transfer a number of species from Kerman province to the Kavir National Park site located in Semnan. In the provinces of Fars, Yazd and Kerman, we are also setting up new centers for the protection of this species,” he explained.

Captive breeding is done for endangered and IUCN Red-listed species, such as Asian cheetah, Persian zebra and fallow deer, he added.

According to the IUCN, at least 40% of animals, insects and plants are threatened with extinction in the world.

Iran has a high species diversity due to geographical conditions, climatic diversity, huge water resources from the Caspian Sea in the north and the Persian Gulf and Arabian Sea in the south.

Unfortunately, over the past two decades, human activities have led to an alarming degradation of ecosystems, the suppression of genes, species and biological capacities; Human threats to biodiversity have accelerated the most over the past 50 years in the entire history of human life.