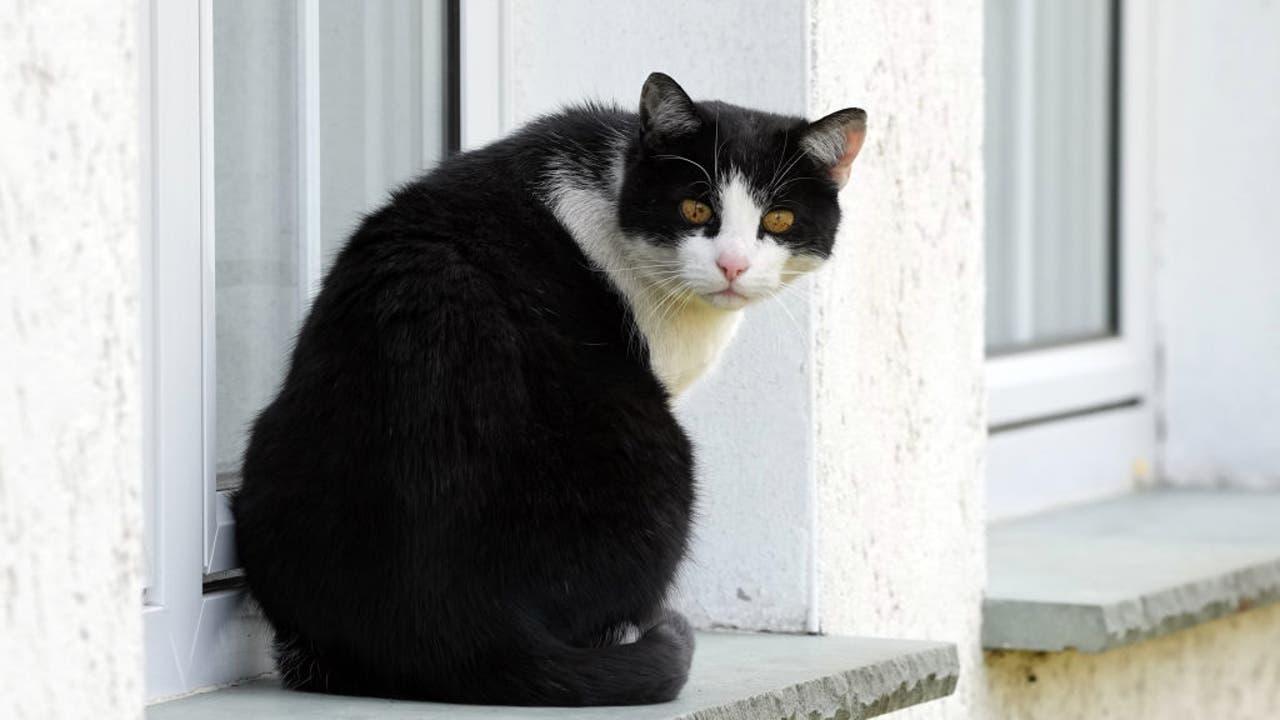 19 April 2022, Brandenburg, Schwedt/OT Criewen: A black and white cat sits outside on the window sill of a house. Photo: Soeren Stache/dpa (Photo by Soeren Stache/picture alliance via Getty Images)

BERLIN (PA) – What a cat-astrophe!

Authorities in the city of Walldorf in southwestern Germany have ordered some cat owners to keep their pets indoors until the end of August to protect a bird rare during its breeding season.

The decree aims to help save the crested lark, which nests on the ground and is therefore easy prey for cat hunters. The bird’s population in Western Europe has declined sharply in recent decades.

Walldorf authorities wrote that “among other things, the survival of the species depends on each chick.”

RELATED: Puppy Born With Legs Upside Down As Shelter Seeks Donations For Surgery

The decree, which applies to all cats in the southern part of the city and will be repeated for the next three years, is said to have caused meows of anguish among pet owners.

The regional daily Rhein-Neckar-Zeitung reported on Wednesday that the head of the local animal welfare association is considering taking legal action to challenge the decree.

“Please stay calm,” he said. “I can assure you that we will do our best to stop this disproportionate measure.”