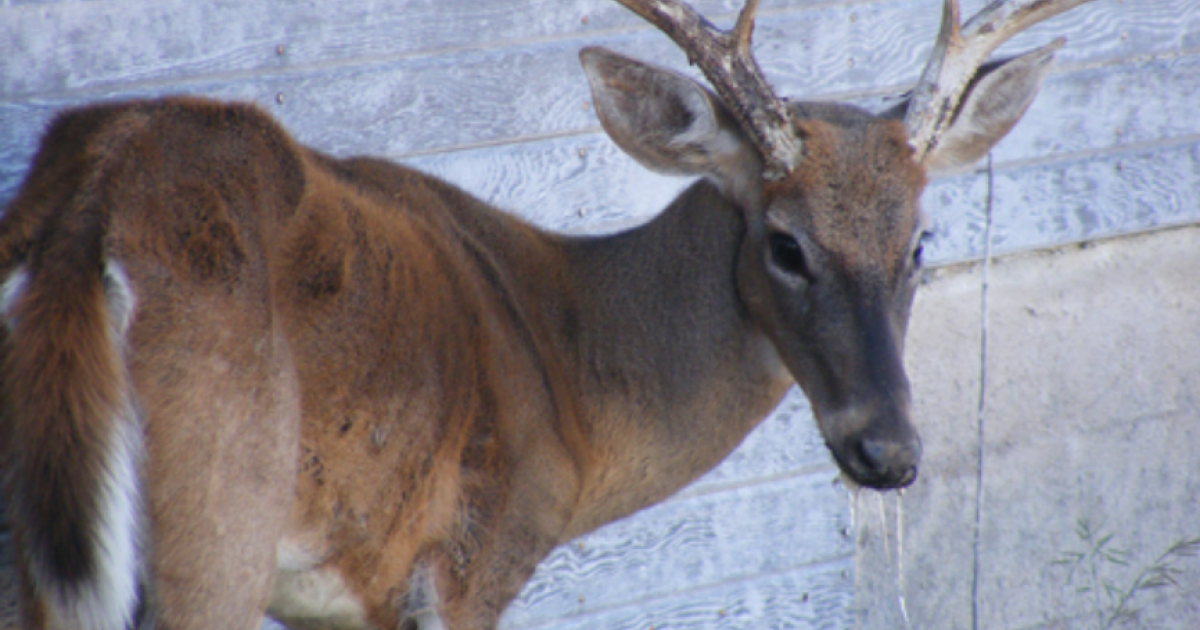 AUSTIN – Chronic Wasting Disease (CWD) was discovered at a deer ranching facility in Gillespie County. The Texas Parks and Wildlife Department (TPWD) and Texas Animal Health Commission (TAHC) are working collaboratively to determine the source and extent of the first positive detection of the disease in this county.

After a dead white-tailed deer was identified at the scene, tissue samples from the yearling male were submitted by the deer-breeding facility as part of a mandatory surveillance program for the MDC. The samples were tested at the Texas A&M Veterinary Medical Diagnostic Laboratory in College Station on August 17 and indicated the presence of CWD. The National Veterinary Services Laboratory in Ames, Iowa confirmed CWD in these tissue samples on August 30.

Immediate action was taken to secure all deer at the facility and plans to conduct further CWD investigations are underway. In addition, other breeding facilities that have received deer or shipped deer to this facility in the past five years have been identified and placed under movement restrictions.

Animal health and wildlife officials will investigate to determine the extent of disease in the facility and mitigate risk to Texas CWD susceptible species. Early detection of CWD can help mitigate the spread of the disease.

“The discovery of CWD in this breeding facility is an unfortunate situation that TPWD and TAHC take very seriously,” said John Silovsky, wildlife division manager for TPWD. “Both agencies will respond appropriately to this question to protect the state’s susceptible species from further exposure to the disease.”

First recognized in 1967 in captive mule deer in Colorado, CWD has since been documented in captive and/or free-ranging deer in 30 states and three Canadian provinces. To date, 376 captive or free-ranging cervids — including white-tailed deer, mule deer, red deer and elk — across 15 Texas counties have tested positive for CWD. For more information on previous detections, visit the CWD page on the TPWD website.

Chronic wasting disease testing allows wildlife biologists and animal health officials to have a clearer picture of the prevalence and distribution of the disease throughout Texas. Proactive surveillance improves the state’s response time to detecting chronic wasting disease and can significantly reduce the risk of disease spread to neighboring captive and free-ranging populations. With each discovery of a new CWD positive zone in the state, CWD zones are established as a strategy to manage and contain the disease. TPWD officials will work to delineate and establish a new zone in Gillespie County to be implemented later this fall.

Hunters in surveillance and containment zones must meet CWD Susceptible Harvested Species submission requirements. TPWD will provide additional information to landowners and hunters in Gillespie County regarding CWD sampling locations and options for having their deer tested. Additionally, hunters outside established surveillance and containment zones are encouraged to voluntarily submit their harvest for testing at a checkpoint, free of charge, before returning home from the field. A map of TPWD checkpoints for all CWD areas can be found on the TPWD website.

CWD is a fatal neurological disease found in certain deer, including deer, elk, moose and other members of the deer family. The disease is highly transmissible and can remain contagious in the landscape for several years. If left unmanaged, chronic wasting disease can have long-term impacts on the native deer herd and local economies. Clinical signs may include gradual weight loss, stumbling or shaking with lack of coordination, excessive thirst, excessive drooling or urination, loss of appetite, grinding of teeth, abnormal head posture and/or droopy ears. These signs may not appear until long after the animals have been infected. Therefore, screening is the best tool available to detect chronic wasting disease at an early stage and control it with appropriate management strategies.

To date, there is no evidence that chronic wasting disease poses a risk to humans or non-cervids. However, as a precautionary measure, the US Centers for Disease Control and the World Health Organization recommend against eating meat from infected animals.