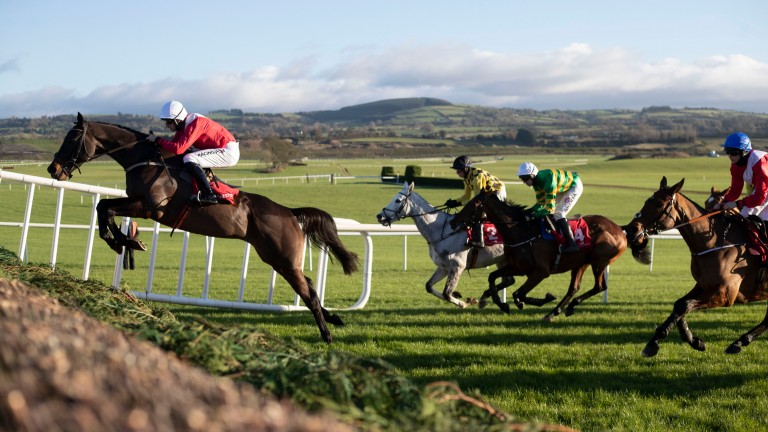 Punchestown: plans for a solar power plant that would be adjacent to the course have been submitted

An application for planning permission to develop a 320 acre solar power station next to Punchestown Racecourse and adjacent to a number of stud farms has been lodged with Kildare County Council.

The plans, submitted by Strategic Power Projects, are the largest received by a local authority in Ireland to date, and if permission is granted by the council, around 238,000 solar panels will be installed at the Swordlestown site, which will equals the size of 100 Croke Park pitches.

Paul Carson, CEO of the company, said: “We are extremely encouraged by the proposed site in Swordlestown. The deployment of solar farms in Ireland has the potential to increase energy security, contribute to our renewable energy targets and support economic growth and jobs. “

Explaining why the Swordlestown location was chosen, he said: “The site was chosen for a number of reasons. It benefits from high sun exposure, which is crucial for efficient power generation, while it is not high yield farmland but can be maintained for animal grazing even with the development of solar farm.

“Furthermore, the site is not located in or near an ecologically protected area, so it is well suited for development of this nature.”

However, local residents, including a number of prominent ranchers, have expressed concerns about the scale of the development, the potential impact on land and wildlife in the area, and the possible implications for local people. races and blood stocks.

The Punchestown Area Community Group was formed in response to the proposed development, and they refute claims of meaningful community engagement made by Strategic Power.

A spokesman for the group said: “We support the government’s climate action plan and its renewable energy strategy. However, an industrial plant of this scale is not suitable for the heart of the Punchestown area. .

“This area is rich in wildlife, which have moved freely through this important ecological habitat, and the proposed industrial development would forever alter their habitat.

“The Punchestown area represents both prime agricultural land and an important wildlife area. Industrial-scale solar development is not suited to this unique and sensitive landscape.”

Conor O’Neill, CEO of Punchestown, confirmed that racecourse management was aware of the proposed solar power plant and said it was carrying out its own investigations into the effects it might have on the track.

“We are aware of the proposed development, which is located close to Punchestown, and have commissioned an independent analysis of any potential impact such development may have on Punchestown,” he said.

“We will review this report and then formulate our position on this development.”

One of the complicating factors is the lack of government policy regarding solar power plants, especially regarding their location and the type of land suitable for their use.

This need for clear guidelines on renewable energy projects is an issue on which Vincent P Martin, the Green Party Senator for Kildare and a local resident, shares the group’s concerns.

“It is correctly and widely accepted that solar power will play a vital role in achieving our nation’s renewable energy goals,” he said. “It is urgent for our country to become energy self-sufficient and this has been amplified in everyone’s eyes lately.

“However, to do this properly, I think the government should issue policy guidelines regarding the placement of large solar power plant developments and the appropriate categorization of land use etc. This is already working successfully in many countries. other jurisdictions.”

The submissions stage of the planning process is due to end on March 10.

Coup for Goffs UK with the arrival of Harry Fowler