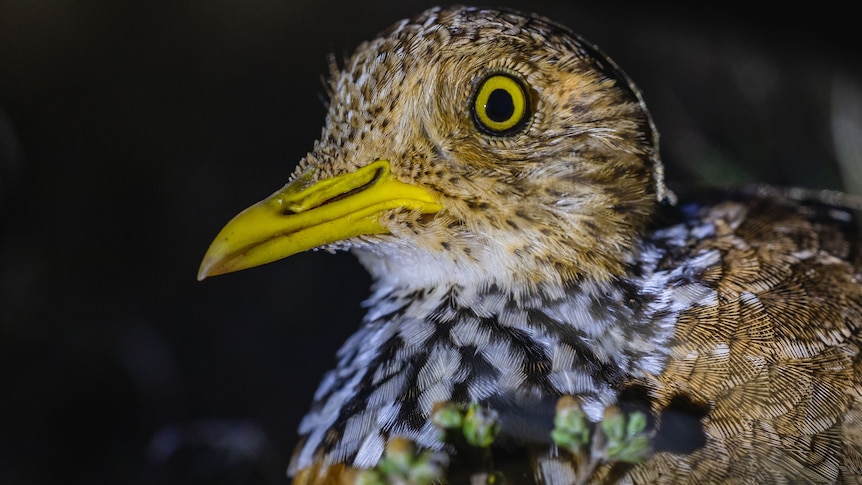 Nicknamed “Goldilocks”, it’s a miracle that these critically endangered little birds have found a home.

Also known as plains wanderers, 10 of the animals, which were hatched in captivity, have been released into native grassland near Hay in southwestern New South Wales.

It is hoped the inaugural project will boost Australia’s dwindling population, estimated at fewer than 1,000 in the wild.

But the breeding program would not have happened without the help of a dedicated team of conservationists and farmers, including Bert Matthews at Bedarbidgal station.

“Part of managing the Paddocks for Plains-Wanderer project is maintaining ground cover so the plains wanderer can still inhabit the grasslands,” he said.

“Overgrazing is the biggest deterrent to the bird because it likes sparse ground cover, but not too sparse or too crowded.

“Instead of reducing the ground cover to nearly bare, we’re removing the stock from that particular area where that habitat is.

“Local land departments have helped fund the containment areas, so we are bringing our sheep and the nurseries to smaller areas closer to the infrastructure.”

The project is supported by the Biodiversity Conservation Trust, Local Land Services, Taronga Conservation Society and the state government’s Saving Our Species programme.

Mr Matthews first discovered the creatures on his property when wandering researchers visited the plains in the late 1990s and has since turned to holistic practices.

“We graze our rotational stock anyway, so 90% of our property is idle any day of the week,” he said.

Six of the 10 birds were released onto Mr Matthews’ property, and Taronga Western Plains Zoo keeper Mark O’Riordan said they were thriving.

“They’re all moving, so we know they’re alive,” he said.

“The birds weigh 40 to 70 grams. They have a 1.5 gram transmitter attached to a tiny little thing on their back.

“We need to monitor these birds for up to 12 weeks to find out how they are doing.”

Mr O’Riordan said foxes and feral cats had been heavily baited into the area to reduce bird predators, but he was realistic about their survival.

“It’s not the end of the world if one or two get caught, we expect that,” he said.

Too little, too late for some

James Tremain of the Nature Conservancy Council of NSW said action to protect the plains wanderer should have taken place sooner.

“I wish we hadn’t gotten to this place,” he said.

“In New South Wales, rates of land clearing have doubled in the past 10 years and this is driving many species to extinction.

Mr Tremain said climate change would wreak havoc on the bird’s chances of survival in the future.

“All models predict there will be less precipitation in the southwest than today,” he said.

“When you’re dealing with a species that’s already on the brink, these kinds of changes can really tip it over the edge.”