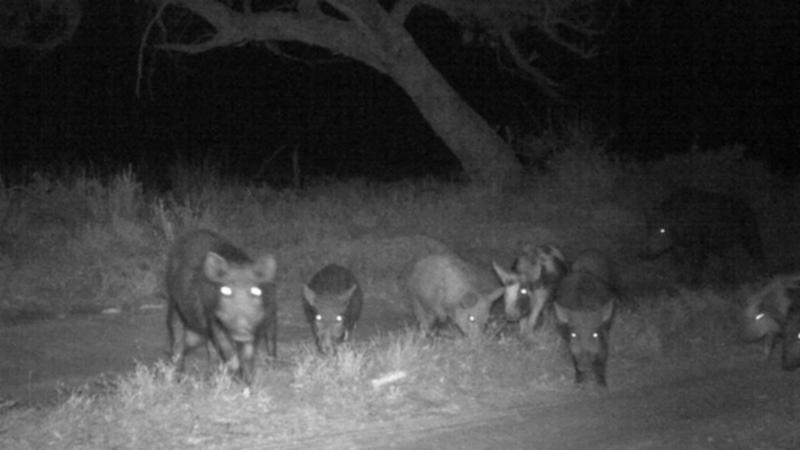 Farmers who recently had to deal with a plague of mice are now facing more wild pests, with growing numbers of feral pigs and dogs.

Wet weather across New South Wales created strong breeding conditions for predators, with crowds of up to 60 pigs spotted in a single night.

“I’ve regularly seen mobs of 20 or 30 pigs…you get mobs of little pigs…and we’ve seen multiple litters of the same pig,” he told AAP.

“They can quickly tear through fields and fences, attack lambs and kids, and can also bring disease.”

“There are big pigs out there,” Mr. Duncan told AAP.

“Pigs can come in and do a lot of damage…especially in some grazing country, they can dig a lot and nothing grows in that country until another flood comes through it,” he said. he declares.

Mr Duncan said there was also an increase in wild dog activity, although the dogs tended to be more elusive.

He said a worker in the far west of New South Wales spotted two wild dogs rounding up sheep last week, only to later find dead animals in the area.

There are over 23 million feral pigs in Australia, costing agriculture over $100 million a year.

Feral dogs are also wreaking havoc in the sector, costing agencies an estimated $50 million in management fees before livestock deaths are even accounted for.

NSW Farmers chairman James Jackson said it was essential to remain vigilant and work within a coordinated pest management framework.

“Farmers routinely trap over 60 pigs in a single week – it’s just a huge problem at the moment,” he said.