Harnessing light to hack a breeding bottleneck for winter crops

AUSTRALIAN, UK and South Korean researchers say the power of light is key to enabling breeders to grow up to five generations a year of winter wheat and winter barley.

The revolutionary method known as “rapid vernalization” was developed in collaboration between three laboratories at the University of Queensland (UQ), the University of Leeds in the UK and the Rural Development Administration in South Korea .

Dongjin Shin from the Korean team said that it was found that warmer temperatures and an extended photoperiod could be used to significantly reduce the duration of vernalization.

“We have reduced vernalization time from eight weeks to just four weeks, allowing plant breeders to grow up to five generations of winter cereals per year,” said Dr Shin.

“A key step is to place the seeds on the surface instead of covering them with soil.

“We don’t fully understand how it works, but exposing the seed to light is essential.”

New technologies can help develop crops with improved productivity and climate resistance, but a major bottleneck in the breeding process is the time required to grow a generation of plants.

Recent advances in rapid breeding protocols now allow breeders to breed up to six generations per year for a range of species, but are less efficient for winter crops with a vernalization requirement.

Winter wheat and barley require six to ten weeks in low temperature weather conditions before moving on to reproductive development.

The UQ research team was led by Associate Professor Lee Hickey and carried out experiments on winter barley.

“Genebanks around the world contain preserved seeds for many diverse accessions that exhibit desirable traits such as disease resistance and drought tolerance,” Dr Hickey said.

“However, many cycles of backcrossing are required to effectively transfer the traits into modern crops. 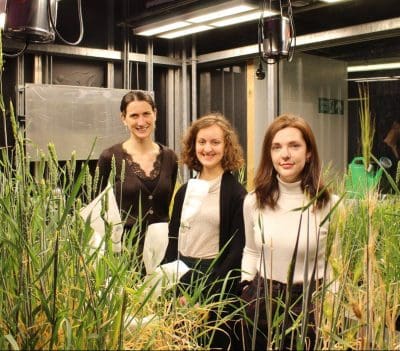 Dr Laura Dixon (left) and members of her team at the University of Leeds. Photo: UQ

“The method works for a high degree of genetic diversity, and the fact that we’re running it in labs on three different continents shows it’s a robust technique.”

by Laura Dixon A laboratory at the University of Leeds investigated the expression of key vernalization pathway genes during the rapid vernalization process.

“The gene expression patterns were quite unexpected and this highlights gaps in our understanding of the regulation of cereal vernalization and flowering time,” said Dr Dixon.

“Further research is needed to determine the underlying mechanisms underlying the strange response of plants to light during vernalization.”

Dr Dixon said a number of breeding companies around the world had tested the method and were adopting the technique to accelerate their programs, including Australian company InterGrain.

“We found the technology to be scalable and an essential tool in the breeding pipeline for improved genetic gain.”