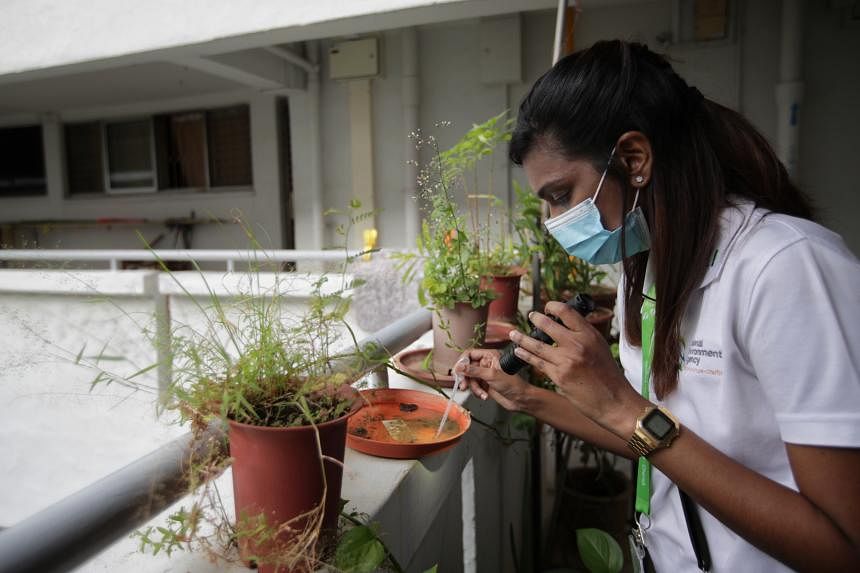 SINGAPORE – Mr Thomas Cheng, who has lived in Braddell View since 2013, is concerned about the number of dengue fever cases in his area.

The condominium is located in Braddell Hill, which is home to the largest dengue fever cluster in Singapore as of Friday August 12, recording 481 cases since June.

Following the spike in cases, Mr Cheng told the Straits Times on Wednesday that he avoided areas with plants when he took his two-year-old granddaughter for walks on the estate, concerned about the number of mosquitoes that hide in the area.

Instead, they stay on the empty concrete decks and Mr. Cheng applies lots of mosquito repellent to his granddaughter when they go outside.

At home, he keeps his windows closed and uses the air conditioning, and also sets up mosquito traps daily.

The 64-year-old retired engineer said: “It’s worrying when I see the number of cases displayed on the banner in the condo changing so regularly.”

Since the beginning of the year, 24,039 cases of dengue were recorded last Friday and nine deaths due to local dengue infection in June.

The dengue fever situation hit hard for another Braddell View resident, a housewife who wanted to be known only as Mrs. Lucy.

The 63-year-old, who has lived on the estate for 20 years, said her husband had a dengue infection last month, although she was relieved his symptoms were mild and he was able to recover rapidly.

She said officers from the National Environment Agency (NEA) had visited her flat three times in the past two months to carry out checks, and she had also noticed officers from the statutory board fogging up the community garden .

To protect herself when she walks around the estate with her dog three times a day, Madame Lucy applies mosquito repellent to herself.