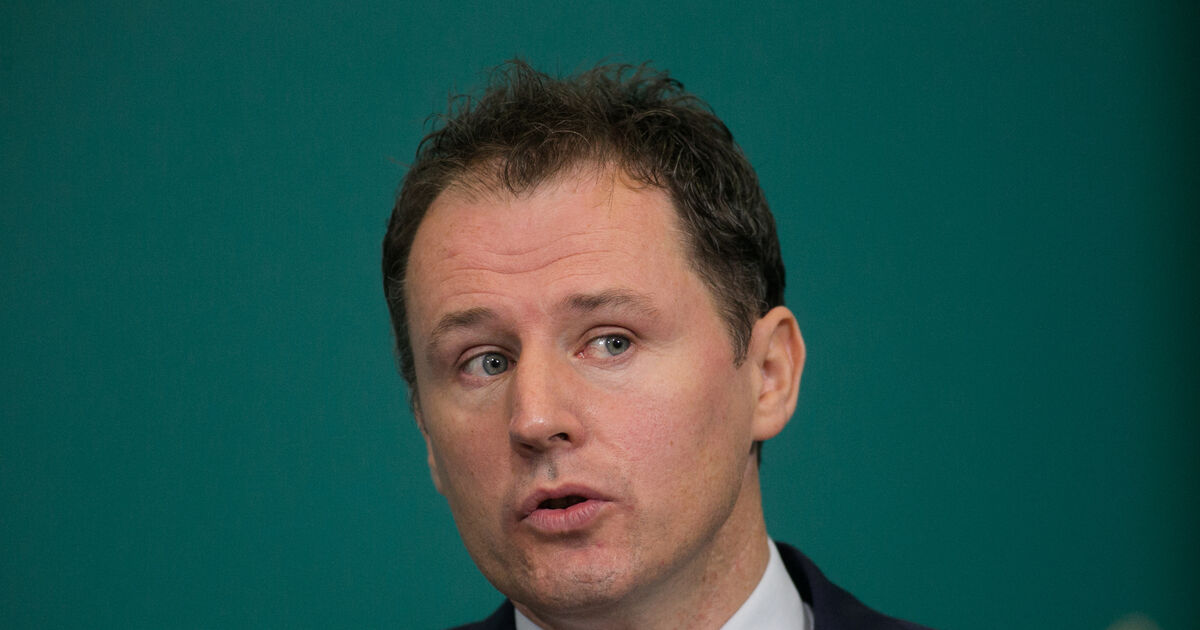 As farmers look to the year ahead, it is important that they ensure that as well as planning for breeding, they are also planning for food, said Agriculture Minister Charlie McConalogue.

Speaking in the Seanad, Mr McConalogue said a ‘balance’ needs to be struck and above all farmers need to ‘grow enough grass for the year ahead but also for the winter future”.

He urged farmers to consider ‘if they can contribute to grain security by growing additional grains’ and to ‘plan this now’.

He was speaking following the announcement of a package to support the cultivation of additional tillage and protein crops and to support the establishment of multi-species lawns.

The total amount is expected to cost just over €12 million, including €10 million for a tillage incentive scheme (€400 per proposed hectare) to encourage farmers to grow more crops such as barley, oats and wheat. Some €3 million is foreseen under the EU-funded protein aid scheme and a further €1.2 million is proposed to guarantee the payment of €300 per hectare for beans, peas and lupins, and 150 euros per hectare for combined crops. (cereal/protein mix).

At the same time, under the multi-species measure, a payment contribution rate of €50 per 12 kg bag of seed will apply to approved applicants purchasing the dedicated seed mixture.

“A certain level of confusion”

The package aims to produce more indigenous crops, Mr McConalogue said, “while reducing reliance on imports and crops with low demand for chemical fertilizers”, the supply of which is limited due to the Russian invasion of Ukraine.

Senator Garret Ahearn told Mr McConalogue in the Seanad that he had spoken in recent days with farmers who had expressed a “some level of confusion about how the program works and how farmers in the work of the soil would benefit”.

“Dairy, cattle, pig and sheep take up a lot of the coverage, but it is good to recognize the role farmers working in this country play and the significant impact they have,” Mr Ahearn said. .

“However, most farmers who are even considering doing this say that when you take into account the rising costs of fuel, fertilizer and all that goes with it, and if they bring in a contractor to do the labor, €400 per hectare will not be financially advantageous.

“It’s more of a hassle than it’s worth for people to do, to be perfectly honest. You have to take that into account. »

Mr McConalogue said the Government had listened to farmers and “acted to support them as best we can”, with last week’s funding announcement being the latest in a series of actions.

“We all know the crisis in Ukraine has had an impact on Irish agriculture and supply chains,” he said.

“From a trip to the diesel pump or the local fertilizer or feed store, we see the reality of the impact on supply chains.”

Mr McConalogue noted Ireland’s heavy reliance on imported feed, with “over 60%” of that used on farms being imported.

However, he said there were ‘currently adequate supplies of animal feed’ and that Irish importers were ‘in active competition in the world market to ensure supplies continue uninterrupted’.

Meanwhile, there is also the “challenge of fertilizers, which is particularly acute,” Mr McConalogue told Seanad.

“All the chemical fertilizers used on Irish farms are imported and 20% of those imports come from Russia. The cost of fertilizers for farmers has more than doubled this year compared to last year and has increased further in recent weeks. »

Think carefully when it comes to grain silage

During a Seanad debate this week on the impact of the situation in Ukraine on the agricultural sector, Mr McConalogue noted that the availability of fertilizers is essential to ensure enough fodder for the coming winter, as well as the grass for the coming season.

“There is a need to ensure the most efficient use of organic and chemical fertilizers, so that farmers have enough feed for their animals,” he said.

“We are in regular contact with the fertilizer industry on possible mitigation measures. We also contribute to intergovernmental consideration of related issues. National fertilizer inventories are down year-to-date compared to last year. However, supplies are estimated to be sufficient to meet farmers’ spring needs, although prices have increased significantly.

“All farmers are encouraged to review the requirements over the next two months to ensure fertilizer supply, if this is not already in place. It is important that all farms have an element management plan in place. nutrients to set up their farms to grow the grass they need for the coming year.

Overall, Mr McConalogue said, “we entered the winter in decent shape in terms of forage stocks.”

“Although there are cattle and sheep on the grass on many farms, I am aware that the winter season is not yet over for many,” he said.

“We have to think carefully about grain silage to make sure we have more than enough to cover the amount of stock on an individual farm. Essentially, what farmers plan to raise, they must also plan to nurture. »

McConalogue said the targeted measures announced last week “will help build resilience to the expected impact of the situation in Ukraine”.

The three-pronged approach “will contribute to the expected shortfall” in tillage and protein crops, he said.

“It will also help farmers address challenges related to both the availability and price of feed and fertilizer,” McConalogue added.

“We are finalizing the finer details of the package of measures. We have a short window to utilize these important metrics.

“I know that all farmers have listened to the signals that if they can plant more grain, I will support them and support them.”

The €400 per hectare payment will be for additional grain grown, whether grown by a farmer or by someone who was not previously involved in tillage, Mr McConalogue said.

“The main thing is that it is an additional hectare of grain, on top of what was produced last year,” he continued.

“If the farmers didn’t produce anything last year and they cultivate one hectare this year, they will be paid for it.

“If they produced a certain volume last year and they grow more this year, they will be paid for the additional volume.

“The aim is to try to get the message across to farmers that they will be supported to grow additional cereals.”

The payment will not be made on land that was plowed for grain last year, as Mr McConalogue said he did not want a situation ‘in which farmers compete for working land of the soil”, and, where a farmer who produces more than last year, obtain the payment of €400 per hectare and “could perhaps outbid a farmer who worked the land last year”.

“We want a program that works and meets the grain acreage growth target and helps farmers do that without having unintended consequences,” he added.