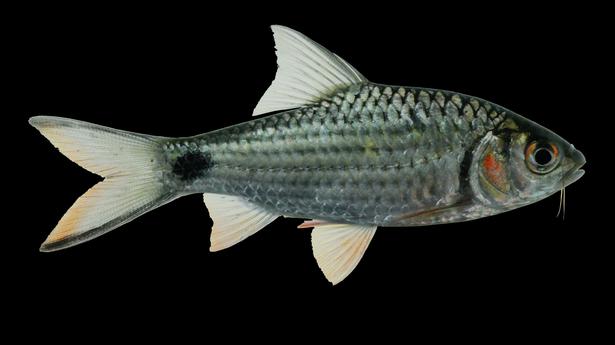 A team of scientists from Kerala University of Fisheries and Ocean Studies (Kufos) has standardized techniques for artificially rearing olive barbs (Kuruva Paral) and filament barbs (Kalakkodiyan), and developed stocks broodstock for Tallfin Barbs (Kooral) and Carnatic. carp (Pachilavetti). These freshwater species of barbs and carp were widely distributed in Idamalayar Dam, Bhoothathankettu and Kol fields of Thrissur district. However, indiscriminate fishing and changes in habitat conditions have brought these species, especially Kuruva Paral, to the brink of extinction.

The conservation measures taken by Kufos are supported under the United Nations Development Program (UNDP) High-End Landscape Project in India, which also aims to help trained aquaculturists among the Adivasis get started in the farming of these freshwater species, said Kufos Vice Chancellor Dr K Riji John. The project, although launched in January 2020, was delayed for a year due to the pandemic.

Broodstock from Kooral and Pachilavetti have been stocked at the Kufos freshwater aquaculture facility, said Dr. A. Anwar Ali, the project’s principal investigator. Pachilavetti’s artificial breeding process is expected to be completed during the next rainy season, while Kooral’s is expected to be completed during this winter, added Dr Ali, who is also an assistant professor in the Department of Forest Management. Kufos peaches.

The university has also set up a hatchery in Idamalayar with the support of UNDP. In a recent development, Kufos distributed materials to create artificial aquariums as well as fry from Kuruva Paral to Adivasi families in the panchayat of Kuttampuzha, nestled near the Western Ghats. Broodstock from the Kuruva Paral project were collected from Idamalayar Dam and Bhoothathankettu. Eleven Adivasi members of the panchayat were educated at university to engage in aquaculture.

Ranching of Kuruva Paral fingerlings from Kufo farming has been resumed in Bhoothathankettu and Idamalayar Reservoir. Dr Ali said a total of 25,000 fingerlings were deposited at these locations.

A documentary on the diversity of fish species, fishing practices and outreach activities carried out under the project is being prepared in association with C-DIT and UNDP, Kufos sources added.