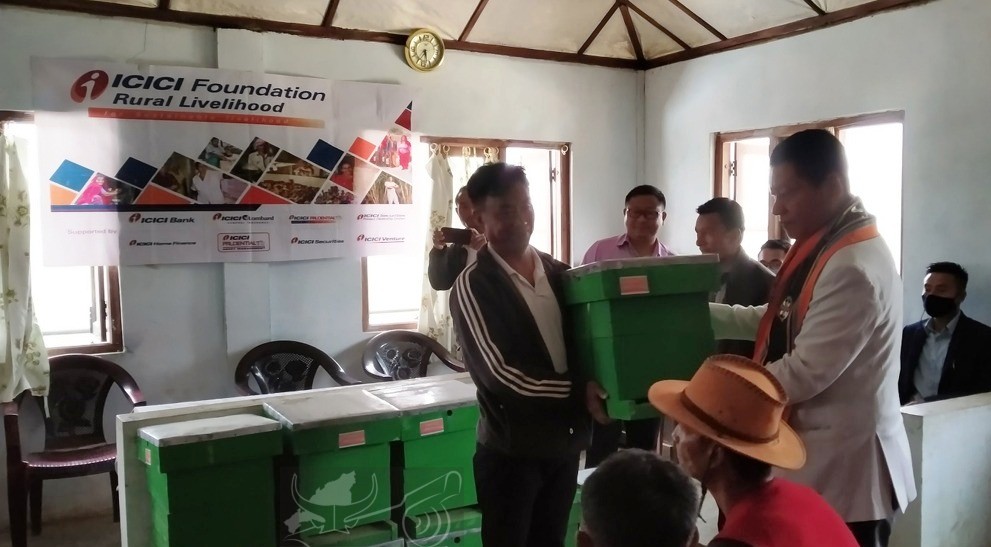 Phek, April 28 (MExN): Deputy Commissioner, Phek, Razouvolie Dozo officially launched the Honey Project and Pig Breeding Unit under the flag of ICICI Foundation, Rural Livelihoods under the theme “For Sustainable Livelihoods” in the former village of Runguzu, Phek, on April 26.

A DIPR report said that speaking as a special guest, DC Phek ensured full cooperation and support towards the project. He expressed his gratitude to the ICICI Foundation for choosing the area and said that the project would benefit the villagers and also asked them to volunteer their time and help improve the economy and livelihoods of the people. people.

The DC Phek stressed that the business was not for commercial purposes, but for the welfare of the people. He shared his own past experience of breeding and rearing piglets. He urged agricultural and related departments to come up with innovative programs for the economic growth of rural areas. He urged people not to rely on grants alone but to work hard.

Project Manager, Pumgouthang, while highlighting the project, urged ICICI Foundation to facilitate and ensure better livelihoods in the future. The funding agency was convinced that the beneficiaries would do the project well.

Development officer Kukhrolo Lasuh said the region is suitable for honey and pig farming with the availability of climate and flora.

The launch program brought together neighboring villages as well as beneficiaries and the Chakhesang Youth Front. Honey breeding boxes were also distributed by the Deputy Commissioner. He also visited the pigsty site and interacted with people.

The DC Phek also inaugurated the Chozuba City Daily Market in the presence of public leaders and Chozuba Division administration on the same day.