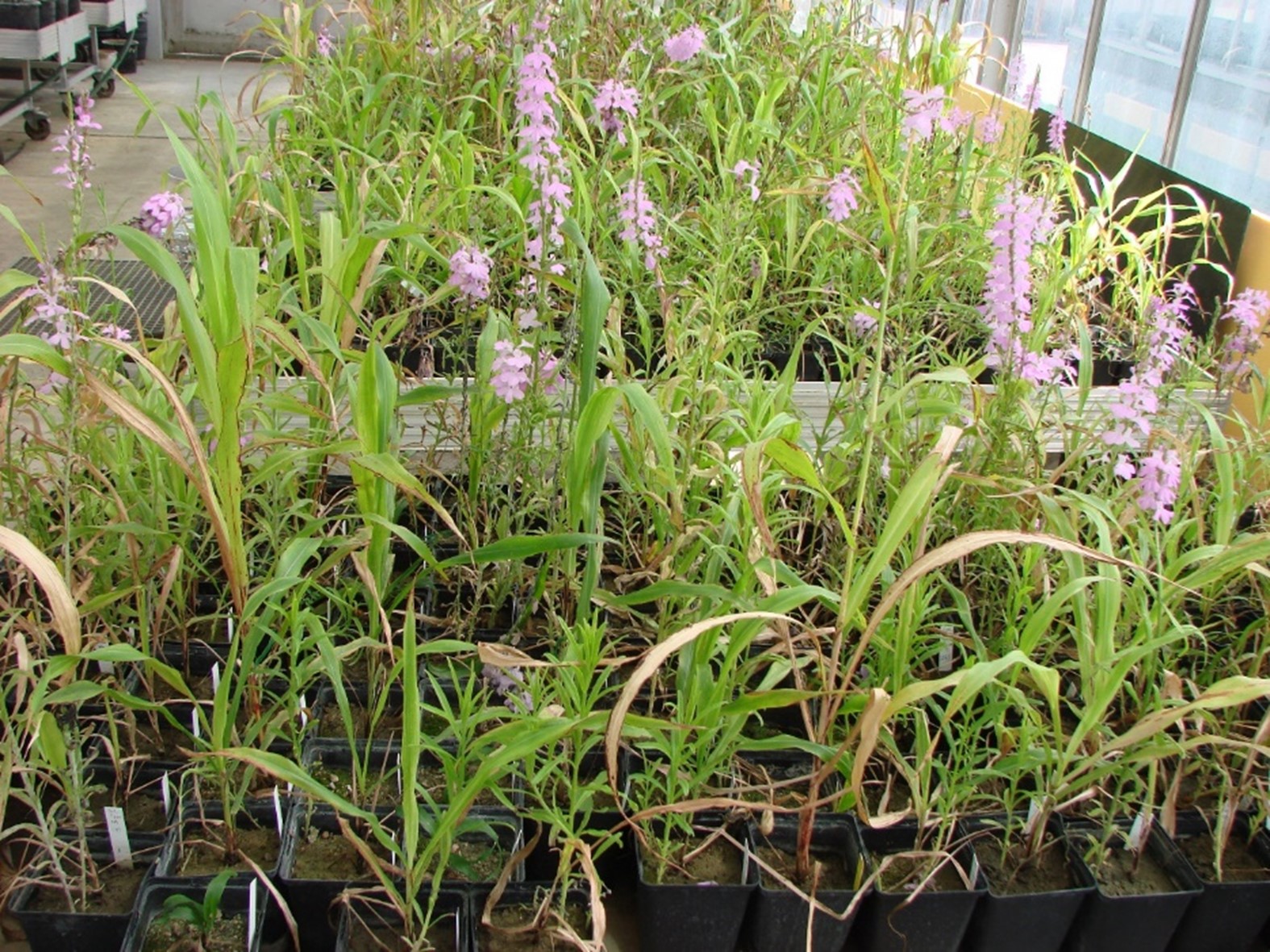 A recently completed five-year Coordinated Research Project (CRP) (D25005) by the IAEA has helped experts from 12 countries identify new sources of resistance to the devastating parasitic weed Striga in cereals with effective protocols, which help them reduce production constraints and improve food safety.

Striga Parasitic weeds are major biological constraints on cereal production and threats to food and nutrition security in sub-Saharan Africa and in the semi-arid tropics of Asia. Crop yield losses due to Striga infestations are reported to be above 40% and can reach 100% in heavy infestations, especially in low-input agricultural areas. The Food and Agriculture Organization of the United Nations (FAO) estimates that more than US$7 billion is lost due to Striga across Africa each year, affecting more than 300 million people on 50 million hectares of Striga infected cropland. Host plant resistance is the most tangible control measure of Striga. This can be achieved through nuclear applications by inducing noble sources of genetic variation for the development of resistant varieties of vulnerable food crops.

The CRP on mutation breeding for resistance to weed parasitic striga in cereals for food security (D25005) targeted mutation breeding using physical mutagenesis to expand resistance to Striga in sorghum, maize and upland rice. It focused on the development or adaptation of screening protocols for Striga field, greenhouse and laboratory resistance, and the integration of efficiency-enhancing technologies.

The CRP attracted experts from 12 research teams from cereal improvement programs and Striga biologists from several countries. The overall objective of the CRP was to support the generation of new sources of variation, using mutation breeding, developing effective screening protocols for Striga resistance in cereals in order to improve food security in Member States. . To achieve this goal, the following four specific research objectives have been established:

The CRP has achieved these intended objectives, as the following examples show:

The CRP was implemented by the Joint FAO/IAEA Center for Nuclear Techniques for Food and Agriculture through six research contracts and two technical contracts, and four agreements. Five of the policyholders participating in the CRP were from Africa, three from Asia, two from Europe and two from the United States.

A further indication of the success of the CRP is that it has generated 12 peer-reviewed publications and ten conference proceedings. In addition, other articles are in preparation. A book compiling twelve chapters of protocols optimized during CRP is expected to be published under Springer Nature Open Access Publications.

CRP has improved human capacities and the resistant mutant lines developed in major cereals should generate a tangible impact on sustainable production and food security in Striga– prone areas in Africa and part of Asia. The experts involved in the project recommend the following for better use of the results generated by the CRP: