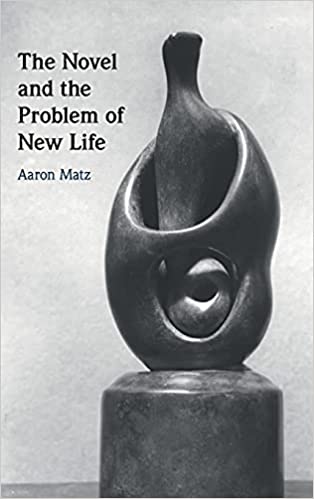 I turned 33 in October — the same age, coincidentally, as the protagonist of Jennifer Egan’s short story “Black Box” (2012). I taught history to undergraduates for years, but it wasn’t until last November that this little detail stood out. If it was comforting to hear Egan describe 33 as “still young enough to sign up as ‘young'”, then the next line hit me like a splash of cold water: “Sign up as ‘young ‘”, observes its narrator wryly, “is particularly welcome to those who may not register as ‘young’ any longer.”

Beyond a heightened sense of my own mortality, I share with Egan’s protagonist that particular awareness of the passage of time that seems to plague professional women in their thirties who are at least abstractly interested in procreation. I love children and always assumed I would have two of my own. But now, with my window of opportunity closing, I find myself seriously grappling with the reality of raising children. I’m not talking about the resources needed to raise a child, or the downsides of parental responsibility (although I’m hyper-aware of both), but rather the state of the world in which this hypothetical child would be raised. We are in an era of basic crisis, made almost commonplace by simple repetition: with the COVID-19 pandemic entering its third year, a series of near-constant natural disasters that provide new evidence of climate change every day, and our democratic institutions that are withering under a constant onslaught of right-wing legislation, one wonders if it is even right to inflict all of this on an unsuspecting little being. As the inhabitants of r/antinatalism like to point out, no one asks to be born.

It is precisely this “crucible of moral action” that Aaron Matz, in his luminous study The novel and the problem of new life, traces through the fiction of Samuel Butler, Thomas Hardy, DH Lawrence, Virginia Woolf, Aldous Huxley and others. Put simply, Matz argues that the modern novel betrays a pervasive ambivalence toward procreation, an ambivalence readable both in the novel’s thematic deliberations on procreation and in its sparse stylistic “astringency.” This ambivalence is further exacerbated by a structural problem inherent in the form itself: by profession, novelists create fictional worlds which they then populate with living characters, and in this sense, novels are explosively fruitful. Parents or not, the novelists give life to their creations and thus participate in a figurative parenthood.

Take Matz’s first subject, the 19th-century French writer Gustave Flaubert. Flaubert, articulating what Matz calls a novelistic “article of faith”, said the author “must be like God in the universe”, and yet Flaubert himself was “haunted by the fear of bringing new life in the world”. This conflicting engagement with the idea of ​​reproduction—the demiurgic impulse to create, troubled by deep apprehensions about the wisdom of procreation—is for Matz one of the defining aspects of the modern novel and the overarching theme of the rest of his work. monograph.

As Matz explains, the precise nature of these apprehensions varies from author to author and from work to work. Many of these novelists, according to Matz, set aside entrenched Malthusian anxieties about overpopulation to instead explore the innermost moral dilemma of procreation: the question, central to contemporary procreative ethics, of how to calculate the value of a life not yet lived. In his satirical fantasy Erewhon (1872), for example, Samuel Butler imagines a society that legally charges infants with the transgression of being born, thereby absolving their parents of any culpability in the matter. The sheer perversity of Erewhonian baptism makes the “dilemma” of reproduction, in Matz’s words, “more palpable as a dilemma, rather than an activity we might take for granted. Novelists such as Butler hold parents responsible for any suffering suffered by their offspring; in doing so, they ask us to consider “if we might owe it to hypothetical future people do not to bring them to life. (Nowhere is this question sharper than in the notoriously heartbreaking story of Hardy Dark Jude [1895], in which Jude’s eldest son kills his half-siblings and then himself because, as he writes in his suicide note, there are just “too menny”. Previously, the boy angrily confronts his pregnant stepmother in what Matz forcefully describes as a “scene of procreative shame”. In the novels of Virginia Woolf and Doris Lessing, the ethical questions are more social than existential – both writers challenge the way parents claim ownership of their children and withdraw from their wider social obligations – but the essential problem remains. the same. Others, including Lessing but above all Aldous Huxley, underline the irreducible political dimensions of this problem: even though The best of worlds (1932) denounces the dystopian horror of state-enforced birth control, Huxley elsewhere stresses contraception as a corrective to the depletion of the world’s resources, and sometimes goes so far as to endorse certain eugenic practices.

Several of the writers highlighted by Matz address aesthetic, as well as ethical objections to procreation. Throughout DH Lawrence’s novels, the threat of conception often clouds otherwise transcendent moments of ecstatic sexual connection. by Woolf Orlando (1928), too, evokes Victorian fertility with visceral revulsion, while Lessing’s children of violence (1952-1969) emphasizes the boredom and exhaustion of pregnancy. In these latest novels, birth control technologies offer the possibility of avoiding sheer ugliness, not to mention social and psychological damage, endless pregnancies, overcrowded homes and teeming cities; indeed, Matz considers the expansion of birth control availability to be “the most significant change along the arc” he charts. But it also highlights Woolf’s ambivalent attitude towards contraception and the many times she expressed disappointment at not having children herself. Even Lessing, driven by intense personal resentment toward her mother, shows compassionate sympathy for all that her mother lost in bringing her into the world. The same goes for all the central figures in the study: on the subject of motherhood, their fictions oscillate between regret and relief, wonder and disgust, excoriation and forgiveness in an endless “dialectical suspension”.

By dramatizing the dubious moral reckoning of procreation, these novels speak to our own moment with particular urgency. This news, coupled with Matz’s fresh take on familiar classics, makes The novel and the problem of new life potentially appealing to a general non-academic audience. Also noteworthy is Matz’s ease in navigating the always thorny relationship between a writer’s life and work: for readers whose interest in literature is more personal than scientific, he offers a nuanced analysis of the authors’ own experiences with parenthood or childlessness, showing us how Lawrence’s novels (to take one example) “channel the tensions […] of his life” without reducing the work to a simple romanticized autobiography. Matz writes, moreover, with a fluid and organic lucidity not typical of a scholarly monograph.

As an original piece of research, the book also makes compelling contributions to a range of fields, including Victorian and gender studies. I was particularly struck by how these novels deviate from the conventions of the plot of marriage – that pervasive narrative in which a central couple overcome family disapproval, rival suitors and other obstacles on their way to marital bliss. (and babies, we guess). Matz here reveals a rich counter-tradition of procreative skepticism, running alongside marital conspiracy and even supplanting it as the defining fiction of his time. In a body of literature that one might expect to be filled with stilted mores about the redemptive power of romantic, filial love, we instead find authors and characters whose concerns anticipate our own. What if he could occasionally do more to establish the stakes of queer sexuality within that tradition – he mentions, but never really unpacks, the lesbian relationship featured in Lawrence’s The Rainbow (1915) – Matz offers a new perspective on the ideology of “reproductive futurism”, theorized so memorably by Lee Edelman. In his controversy no future (2004), Edelman denounces the coercive heteronormativity of contemporary politics, which always takes “the Child as the emblem of the uncontested value of the future”, and opposes it with a queer refusal of the future rooted in the death drive. Matz, in tacit conversation with Edelman’s ethos of radical negation, concludes his study by exploring an emerging strain of “anticipatory” realism – a strain that could capture the unique perplexities of procreation in our time without lapsing into defeatist nihilism. or easy optimism. How do we come to terms with the costs of childbearing in a time of accelerating ecological catastrophe, while recognizing that the desire to give birth is powerful and pervasive and not entirely reprehensible? How in good conscience can we give birth to new generations when we don’t know what kind of future they will inhabit – when in fact we have every reason to despair of that future?

Of course, these questions have no definitive answer, and so the modern novel – if it is to capture the agony of the modern future parent – ​​must teach us to live with a certain irresolution no matter where we descend from. I feel that irresolution keenly now, as a woman in her thirties grappling with the same conundrum that vexes these novels and their inhabitants. Do I take the leap and bring someone into this world who never asked for admission, or do I embrace my childlessness and maybe dedicate myself to a lifetime wondering what could have been? Whatever I choose, I expect to never feel comfortable with my decision. But, as Aaron Matz shows us, at least I’m in good company.

Lindsay Wilhelm is an Assistant Professor of English at Oklahoma State University.