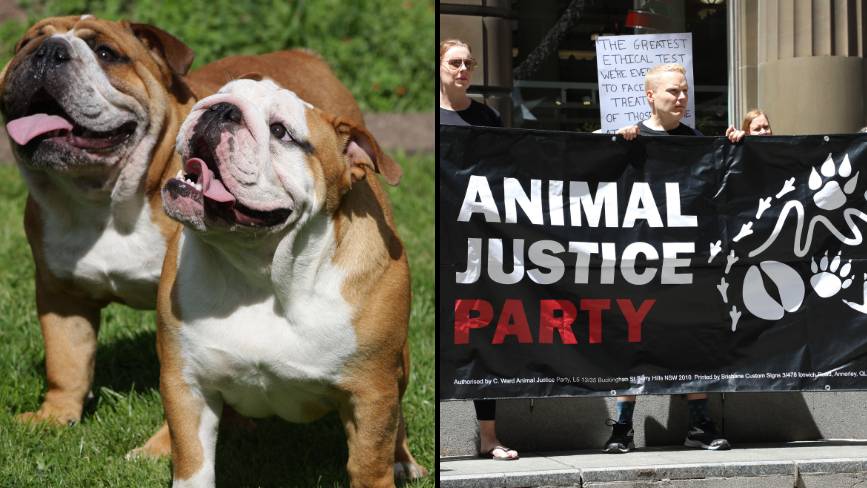 A veterinary institute is calling for a ban on breeding bulldogs in New South Wales because they allege these animals lead a life of pain and suffering.

An investigation by Sentient, an animal ethics organization, looked into puppy breeding and the harmful breeding practices of certain types of dogs, according to news.com.au.

The organization told a parliamentary hearing that it had concluded that laws needed to be changed to make it illegal to breed flat-faced dogs and cats.

Sensitive President Rosemary Elliott said: “The breeding of flat-faced dogs and cats is responsible for animal suffering that is entirely preventable and should be banned in animal welfare legislation.

She introduced a bill that would limit the number of breeding dogs that can be owned by a business.

According to ABC Newsthe bill was proposed last year when a Victorian man, Benjamin Geerling, was charged with animal cruelty offenses for allegedly running a puppy farm on unregistered premises in New -South Wales and failing to record the number of animals he kept.

But some have spoken out against the bill and said it infringes on the “freedoms” of ranchers.

Dog breeder John Carr said at the hearing: “The amount of red tape for laws and offenses has become so enormous that for any breeder it is intrusive and overwhelming.

“It takes away our freedoms and the joy we have in raising dogs.”

Still, Elliot remains firm that the laws need to be changed better to protect animal welfare in the state.

She also insisted that veterinarians should be required to provide certification when breeding to confirm that the animal does not suffer from any health issues that could be passed on to its offspring.

“We wouldn’t intentionally give birth to individuals of any species that are going to suffer to the extent that many of these animals are suffering,” she said.

“In particular, because of their popularity, bulldogs and Persian cats. These animals, their basic existence is that of suffering.

She added: “We absolutely agree with you, and as a mother of a neurodiverse child myself, we believe that everyone has a right to life.

“But neither do we think we should intentionally bring life into the world that is going to suffer.”