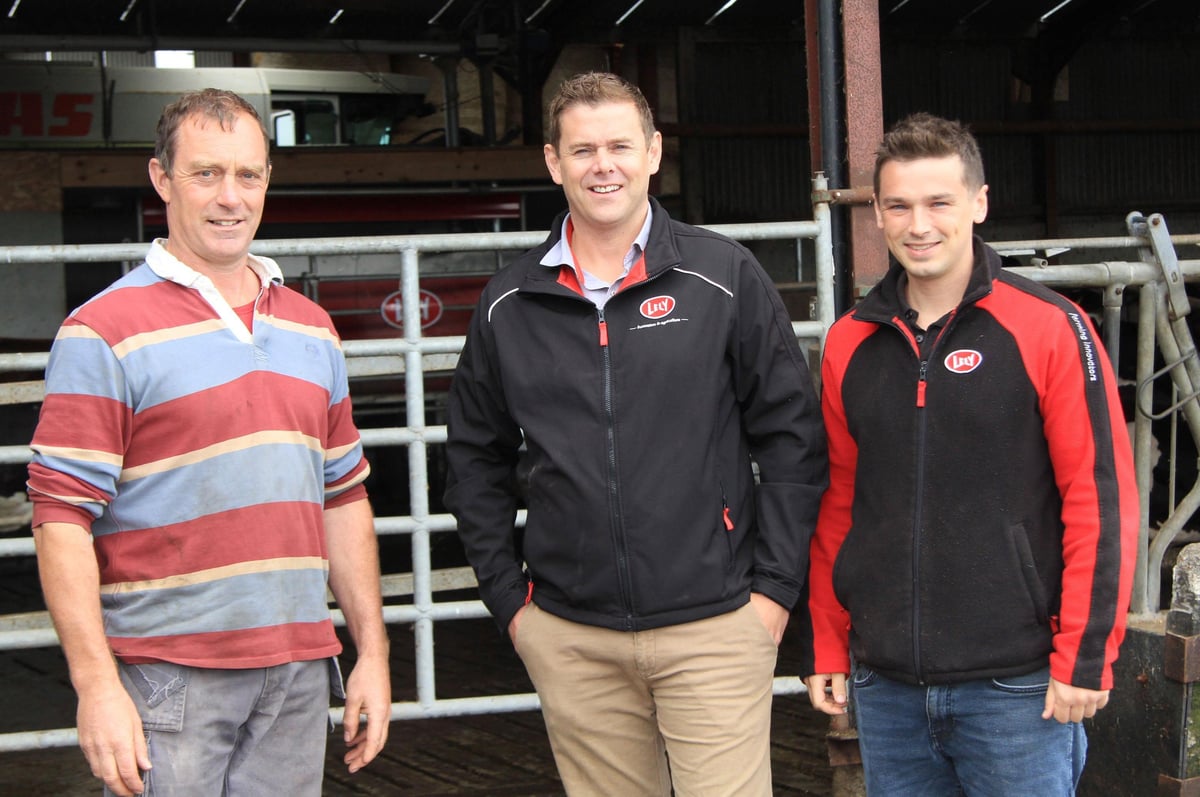 Pasture, milking robots and crossings at the heart of the Lely open day

The one-day event on Thursday August 18 will be hosted by John Killen, who farms in partnership with his uncle Clarke, at 41 Cloghole Road, Campsie, Londonderry, BT47 3JW. Visitors are welcome between 11 a.m. and 3 p.m.

“With escalating costs on farms, fresh grass remains the most profitable fodder for dairy cows,” explained Dean Cashel of Lely Center Church. “Next week’s open day is designed to show how Lely’s Grazeway system works in tandem with Astronaut milking robots, to give farmers the opportunity to manage cows on grass.

“There is a huge misconception that robotic farms cannot graze cows on a daily basis. Lely’s Grazeway system offers flexibility to farmers and gives cows the freedom to manage their own time.

John and Clarke Killen farm 500 acres, nearly half of which is allocated to growing arable crops such as barley and wheat. A 20-acre crop of red clover was planted for the first time this year as a high-protein alternative to purchased soybeans. The farm is home to a commercial dairy herd of 150 cows and a beef business that produces up to 80 head per year.

An increasing workload, coupled with a shortage of manpower, prompted John to consider investing in robotic milking technology. “We were milking in a modern 20-point parlour, but milking three times a day was not an option due to a labor shortage,” John explained.

After exploring the various options available, John settled on Lely’s Astronaut A5 robot. “I was impressed with the A5’s energy-efficient hybrid upper arm, as well as the iflow design that allows cows to enter and access the robot unobstructed,” said John, a graduate of Greenmount College.

“I also like to see the cows on grass, and the Lely Grazeway gives me the opportunity to graze the cows between April and mid-October.

John Killen operates a three-way crossbreeding program using Holstein, Norwegian Red and Fleckvieh genetics, and produces an average of 10,500 liters of milk per cow per year. The cows are milked by Lely robots and grazed in an A, B and C rotation. Photo: Julie Hazelton

The first Lely Astronaut A5 on the farm was installed in November 2018. “Right from the start I was very impressed and the results were much better than I expected,” added John. “We placed 55 freshly calved cows, regardless of age and performance, on the robotic system. They took to it like a duck to water, with an average of 3.4 milkings per day, which proved to be beneficial in terms of yield and animal welfare.

A second robot was introduced in September 2019, followed by a third in February 2022. “We were able to fit the robots into our existing hangars with minimal hassle. The robots are a real success! Jean exclaimed.

“I’ll be honest, I was skeptical about robots, and six or seven years ago I would have completely dismissed the idea. Now that I have experienced the multiple physical and financial benefits, I would be hesitant to go back to conventional parlor milking.

“The time I earn can be invested in other areas of the farm, and I have more free time to spend with my family and friends. The system is fully automated and foolproof, and information about each individual cow can be viewed via computer or remotely using a smartphone.

Next week’s open day is designed to show how Lely’s Grazeway system works in tandem with Astronaut A5 milking robots, to give farmers the ability to manage grass-fed cows. Photo: Julie Hazelton

John continues: “Lely’s T4C software is an essential tool. I have access to a lot more management data, and the conductivity, rumination, and activity counters are invaluable. »

The milk is sold to Lakeland Dairies, and the herd produces an average of over 10,500 liters of milk at 4.1% butterfat and 3.3% protein per cow per year.

“This is our second season with the Grazeway, and we are using an A, B, and C rotation that changes every eight hours each day. The pasture pad totals 30 acres. enclosure A, and from 11 a.m. to 7 p.m. they can graze enclosure B; while C represents the night in the shed.

During the winter housing period, cows are fed a maintenance formulated TMR ration plus 30 litres. The diet includes grass silage, straw, whole crop, crimped wheat and mix. The buffer feed ration during the grazing season consists of round bale silage, straw and a milk mixture. Additional concentrates are introduced into the robot, depending on individual yield, at the rate of 0.3 kg per liter of milk. The robot has the capacity to give two different concentrated rations, 20% and 16% nut protein.

Seven or eight years ago, the commercial dairy herd embarked on a three-way crossbreeding program – Holstein, Norwegian Red and Fleckvieh. “The Holstein cows were getting too big and difficult to handle. Crossbreeding offers many benefits, including improved health and fertility, and can be used as a tool to control cow size,” added John.

“This is the way to go! Cows are easier to manage and traits such as feet and legs, fertility and longevity are all improved; and I didn’t notice a big difference in the amount of milk.

John uses sexed semen from AI-proven bulls and is very pleased with the results, especially the stature and body condition of the cows. An Aberdeen Angus bull is used as a sweeper, and the calves are raised and finished on the farm, earning a premium from the producer program at slaughter.

“Dairy cows are satisfied and healthy, and last longer. Cows are culled due to advanced age, rather than due to leg, udder or health issues. Cross-bred cull cows are also more valuable,” said John, who recently sold a nine-year-old cow in Kilrea for £1,490.

John and Clarke have also invested in a Lely Discovery Collector, a revolutionary robot that cleans manure from solid and slatted shed floors. “It’s a great barn ‘vacuum cleaner’!” John concludes. “It keeps the shed clean, resulting in healthier hooves and udders, and cleaner stalls.”

Progressive dairy farmers are invited to attend Lely’s next open day, which will include representatives from a number of other companies including Keenan, DLF Seeds and nutritionist David Mawhinney, Clonleigh Co-op.