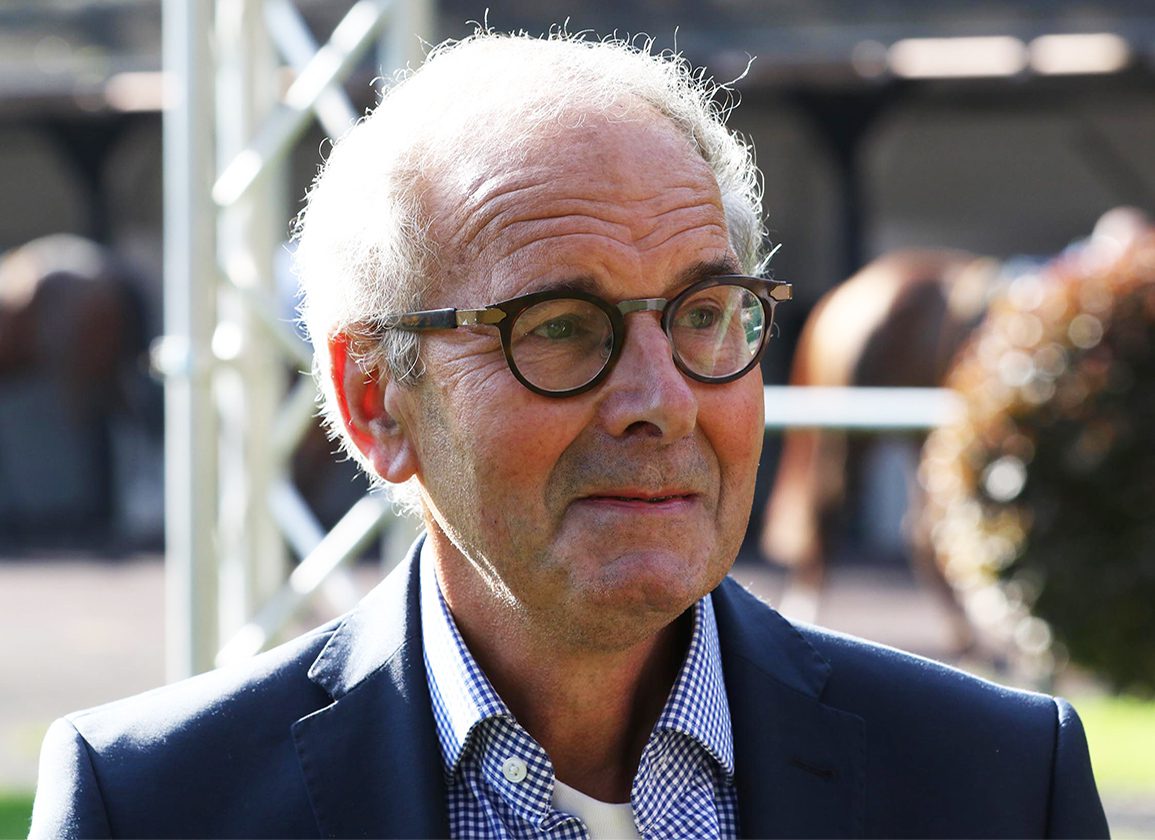 “I can’t say I’m not fine because I’ve been very lucky the past two years with my horse breeding hobby. It’s not a normal position.”

So says Paul Vandeberg, breeder not only of the title hero of the Arc Torquator Tasso (Ger) (Adlerflug {Ger}) but also of Tünnes (Ger) (Guiliani {Ire}), who at 2 years the last season won the G3 Herzog von Ratibor-Rennen. The foals are half-brothers and, remarkably, their mother Tijuana (Ger) (Toylsome {GB}) is the only mare owned by the Dutch breeder.

This is not beginner’s luck for Vandeberg, however. For many years, before Thoroughbred breeding enthralled him, he bred Dutch Warmbloods. And once he turned to racehorses, it wasn’t just breeding that captivated Vandeberg as he also trained for a time at Duindigt Racecourse in The Hague. , with a third-place finish in the Dutch Derby the closest he came to major- racing success.

He slipped one position closer to classic glory when Torquator Tasso finished second to In Swoop (Ire) (Adlerflug{Ger}) in the 2020 German Derby, and it wasn’t long before the colt Vandeberg only selling for €24,000 at the BBAG Yearling Sale was a Group 1 winner in his own right. Torquator Tasso won the Grosser Preis von Berlin later that season, but it was of course what he achieved the following year that brought him to the attention of the racing public.

After beating 2021 German Derby winner Sisfahan (Fr) (Isfahan{Ger}) in the G1 Grosser Preis von Baden, Torquator Tasso left his homeland for the first time for his famous 80-1 win in the Prix de l ‘Triumphal arch. His breeder, not daring to believe he could win, did not accompany him.

“I had a good feeling for him and thought he might have finished fifth,” admits Vandeberg. “But winning? It was a surprise.

Based in the Netherlands at Hilleshagen, a few miles from the German border, Vandeberg was active for decades in the Dutch Thoroughbred Breeding Association, but gradually based his breeding interests in nearby Bergheim. from Cologne, while the pool of brood mares from his country of origin was shrinking.

“In the beginning, for the first 25 years, I only bred Dutch horses, then when I got involved in Dutch racing, at that time, we had a lot of good owners,” he says. “Some of them went to England to have their horses trained. Then after 20, 25 years the sport in Holland started to go backwards. When I was on the breeders’ committee, we had about 250 broodmares. At the moment in Holland, there are maybe five, six [thoroughbred] broodmares.

Vandeberg continues: “Then I bought a filly in Germany. I went to see stallions in Germany and for a long time I kept mares in a stud farm in Germany.

This stud is Gestüt Erftmühle, just two kilometers down the road from the legendary Gestüt Schlenderhan, which plays an important role in the history of Torquator Tasso as a breeder of his dam.

“When I lost my last mare, I asked Germany to buy a filly,” recalls Vandeberg. “Then sometimes on the track I saw Gebhard Apelt, Schlenderhan’s manager, and asked him.

“I got Tijuana on one condition: that Schlenderhan could get the first filly out of the mare. So when Tellez was born, I returned her, and these are her breeders on paper.

Tellez (Ger) is a full sister to Tünnes, both out of Erftmühle resident and Schlenderhan Group 1 winner Guiliani, whose pedigree combines two of Schlenderhan’s best-known sires in her sire Tertullian – who is closely related to Urban Sea –and his dam sire Monsun (G).

Tijuana only managed one spot after a disappointing racing career, but there was reason to encourage a small breeder to take him on. For starters, she is a half-sister to Group 2 winning filly Tusked Wings (Ger), who is by German Derby-winning stallion Torquator Tasso Adlerflug. His grandmother is Turbane, Urban Sea’s Trempolino half-sister who is Tertullian’s mother. By sending Tijuana three times to Guiliani and four times to the late Adlerflug for his first seven matings, Vandeberg thus reproduced with the most influential family in Germany.

The 11-year-old mare, who has a colt from Guiliani on her foot, was covered this season by Gestüt Fahrhof newcomer Alson (Ger), a son of Areion (Ger) also bred by Schlenderhan.

This year’s BBAG yearling sale takes place on Friday and Vandeberg admits to having argued internally over whether or not to capitalize on the success of the Arc winner by offering his brother for sale.

He says: “I could have taken him to Arqana in Deauville. I could take him to Baden-Baden. I’ve talked to a lot of people, and if I used my brain, I would have decided to sell it, but if I use my heart, I say, “I don’t want to sell it.”

While offers will no doubt continue to be made for members of the Tijuana family, Vandeberg can meanwhile continue to benefit from the exploits of his offspring, including, very soon, the return of the “big two”.

The ‘Grosse Woche’, Baden-Baden’s most prestigious racing week, starts this weekend. Tünnes, the former German Derby favourite, is set to make his long-awaited return after a setback ruled him out of the first half of his classic season. The colt trained by Peter Schiergen is set to take part in the BBAG sale race at the track on Wednesday, while Torquator Tasso, with Frankie Dettori booked for the first time, will try to defend his crown at the Grosser Preis von Baden next Sunday.

“Torquator Tasso has a lot of fans at the moment because he was Horse of the Year in Germany in 2020 and 21. I hope he will have a chance for the third year to be Horse of the Year,” says the breeder, justly, proud.

“It’s fantastic what happened with that horse and what happened to me at that time because we’ve been breeding horses for over 50 years, and then suddenly we not only have a Group 1 winner but one of the best horses in the world It’s absolutely like a movie.