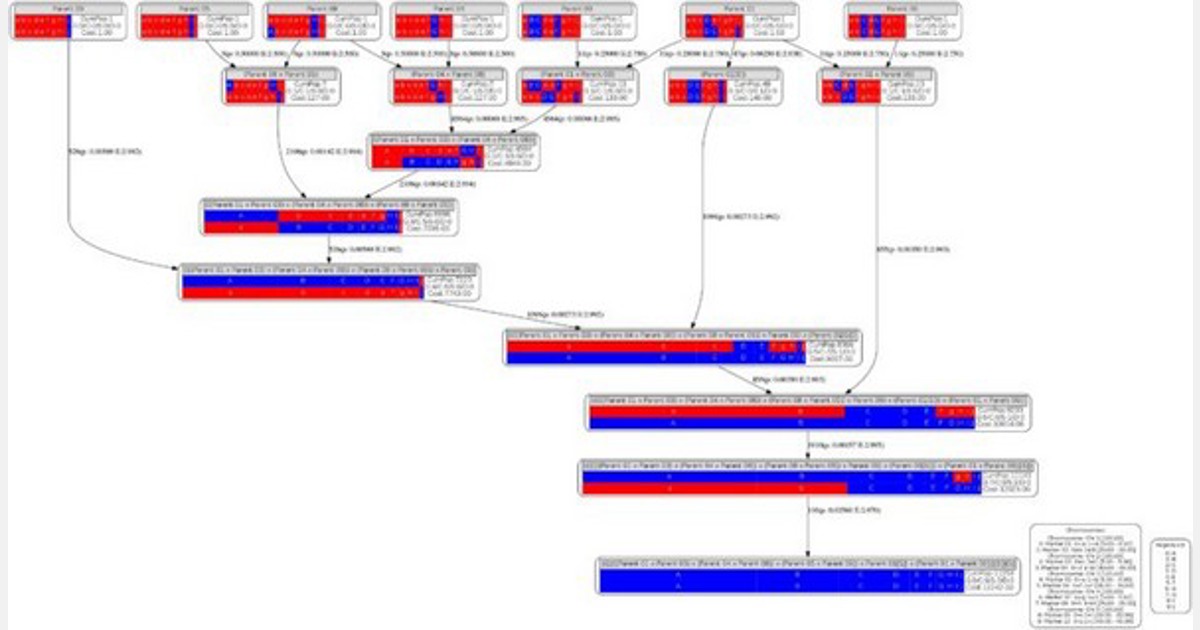 Phenome Networks integrates the breeding optimizer into a software package

PhenoGene, based on an algorithm developed by KeyGene, is now available as a new module in the PhenomeOne software, as a decision support tool to optimize breeding strategies for any crop. The PhenoGene module allows breeders to design the ideal plant, called an ideotype, based on genetic trait information from multiple parents, and calculate the fastest and most efficient breeding schedule to combine the favorable traits of several parents in one variety.

Breeders developing new varieties are faced with the challenge of developing the ideal genotype as quickly as possible, especially when they have to combine favorable traits, determined on the basis of DNA markers (such as resistance genes, QTLs, etc.), from multiple sources. into a single new variety. DNA markers linked to traits that need to be combined are very useful, but the best way to combine traits in a variety or parent line is almost impossible to calculate. The PhenoGene algorithm provides the most efficient recipe for the crosses to be made, the number of plants to use in each generation for each cross, and the number of generations needed to obtain the requested genotype in the most efficient way mathematically possible.

Leave “trial and error” behind
Over the past few decades, data-based knowledge of plant phenotype and DNA has increased exponentially. This can allow breeders to also include this knowledge in choosing the best approach to obtain the ideal variety. This opens up the possibility of turning the process of choosing the best breeding approach into a data-driven process, eliminating “trial and error” in plant breeding.

As a focal point for technological innovation for plant breeding, in areas such as marker development and next-generation DNA sequencing, KeyGene was one of the first to understand the value of optimizing based on breeding data for ideal plants. KeyGene scientists have therefore developed the so-called Crossing Scheme Optimizer. This algorithm takes into account marker distances and recombination probabilities when designing optimal selection approaches.

Support Plant Breeders
This optimizer is already used by a number of KeyGene partners. During discussions with Phenome Networks, KeyGene scientists recognized the value of converting this optimizer into a user-friendly tool integrated into the PhenomeOne software suite, in order to make it available to a large number of breeders around the world.

Phenome Networks is the company behind the popular PhenomeOne package which already supports thousands of breeders around the world with data collection, data management and breeding intelligence. The Breeding Optimizer is made available as a module called PhenoGene from the PhenomeOne package on a SaaS (Software as a Service) basis.

The best, fastest and cheapest
Using this tool, breeders can develop and compare different breeding strategies to incorporate beneficial traits from multiple parents. Additionally, the results of the algorithm show the total costs and time required to develop the variety, which can be reviewed by breeders and matched to actual resources and time to market.

“Our team is thrilled that PhenomeOne users now have access to KeyGene’s powerful Crossing Scheme Optimizer algorithm through our PhenoGene module, which will put breeding for the ideal strain or parent line within the reach of breeders in many crops and regions.” , says Yaniv Semel, CEO of Phenomenal Networks.

“We are very pleased that our decision support tool for breeders is now available to a wide audience, thanks to this unique collaboration with Phenome Networks. The implementation of the software in PhenomeOne makes it very easy to use and will allow breeders to build various scenarios in minutes and evaluate them according to time, cost and complexity. We are sure that this opportunity will positively contribute to the efficiency of the breeding process in many cultures in many organizations,” said Arjen van Tunen, CEO of KeyGene.