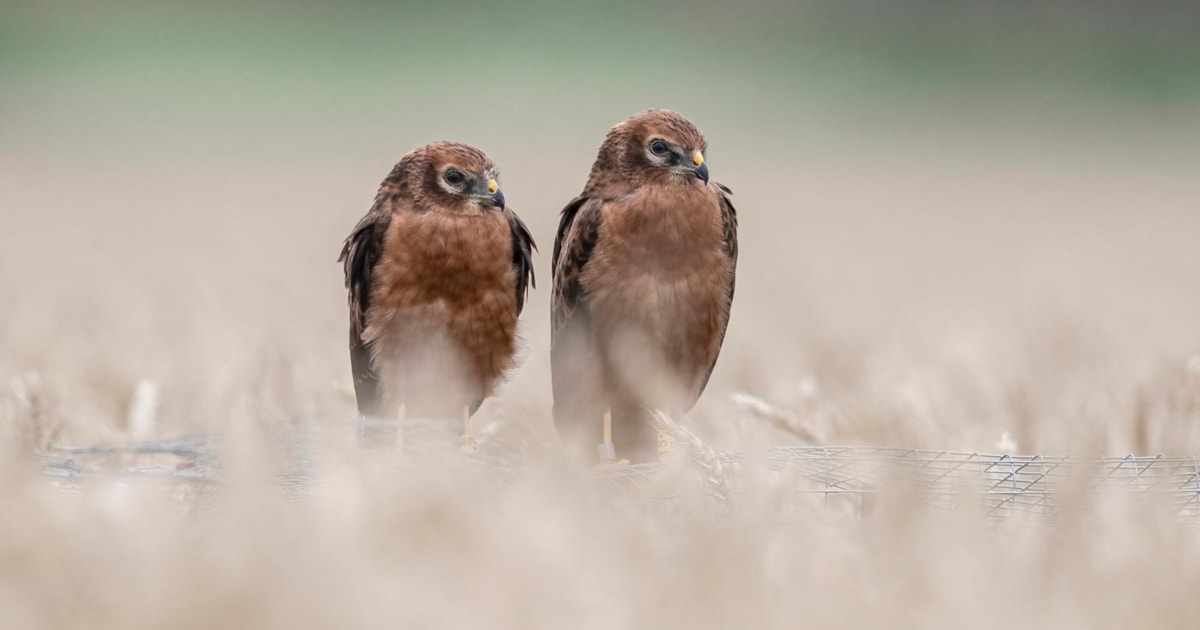 Poor breeding success in 2021 for the Dutch Montagu’s Harriers

Data released by the Dutch Montagu’s Harrier Foundation showed that 2021 has been one of the poorest seasons for breeding success in the country over the past decade.

A total of only 44 juveniles fledged out of a total of 58 breeding pairs across the Netherlands last year, which ranks as the second worst year (after 2013) for productivity in the past 10 years. The results contrast sharply with 2019 and 2020, which saw 142 and 100 fledglings from 52 and 100 pairs, respectively.

Despite this, the Foundation recognizes that the Montagu’s Harrier is a species with a long history of ups and downs of success across the country, and that long-term growth is visible in the average number of territories, successful nests and fledglings.

The Foundation added that the bumper years of 2019 and 2020 produced impressive new records. Seven eggs were found in one nest in 2020, while six young managed to fledge from a single nest for the first time in 2019.

A lack of field mouse prey was cited as the Montagu’s harrier’s problem in 2021, with the wet fall of 2020 followed by a wet winter and cold spring reducing numbers. Other mouse eaters, such as the common buzzard, common kestrel and owls also had a bad season with very low breeding success in 2021.