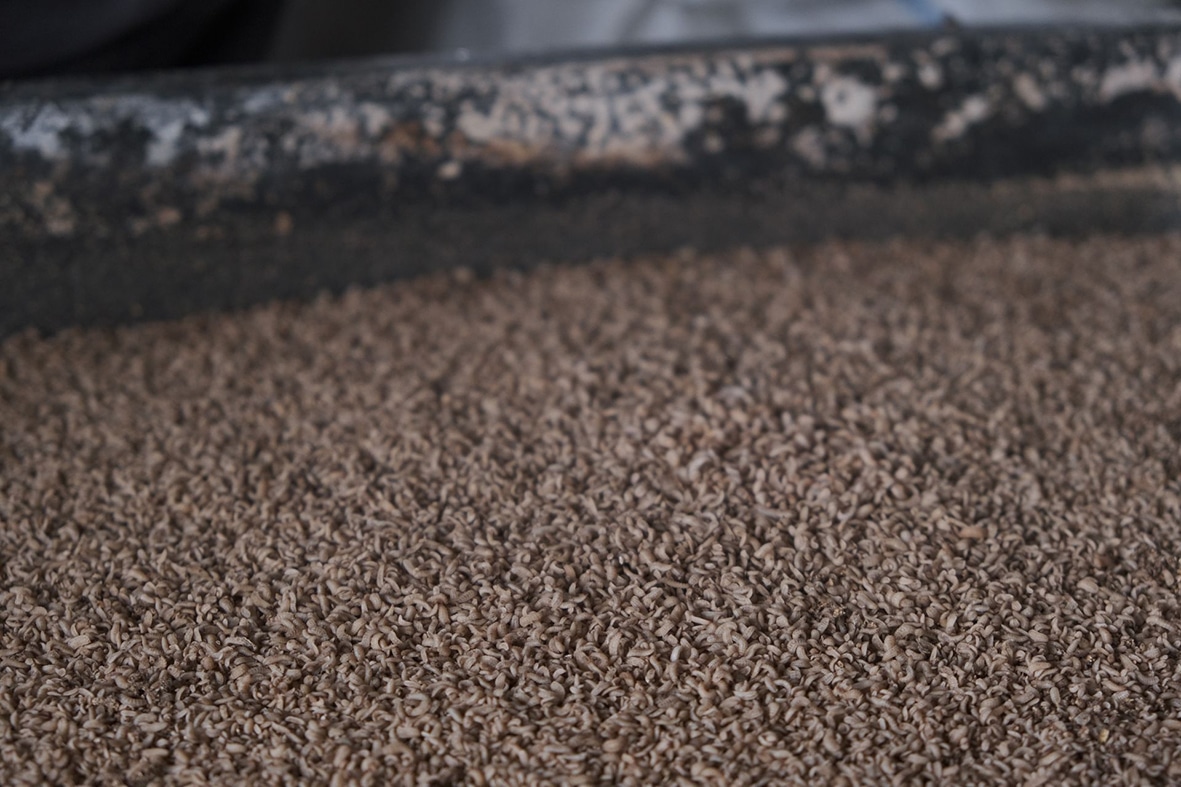 Professor Kyall Zenger of JCU is the leader of a project in collaboration with Flyfarm Queensland to address the challenges facing the industrial scaling up of Australian Black Soldier Fly (BSF) agriculture.

He said the human population will reach around 9.7 billion by 2050, as will concerns over the sustainability of animal feed production and waste management.

“Conventional protein feed ingredients for animal feed will become increasingly unsustainable, as traditional ingredients such as soybean meal and fishmeal are even more limited. Some studies predict that these resources will peak within five years,” Zenger said.

He said that to meet the growing demand, the mass rearing of insects for animal feed has attracted worldwide attention due to their high nutritional value and rapid biomass generation.

“Replacing the protein components of soybeans and fishmeal in animal feed with insect biomass, in this case BSF larvae, produced from efficient bioconversion of organic waste, including the consumption of animal waste, is a promising solution to the problem,” Zenger said.

“If you look at horticulture, food and beverage manufacturing and retail, there is a giant opportunity to do better with waste – to reduce landfills and emissions and to generate value by producing locally produced sustainable protein for pet food and aquaculture,” said Constant Tedder, Co-founder of Fly Farm.

Professor Zenger said BSF larvae feed voraciously on organic matter of plant and animal origin and their effectiveness in recycling nutrient-poor matter into high-yield proteins and fats has attracted a lot of commercial interest.

But he said there is exciting potential to further improve the performance of this bioconversion method through research.

“In partnership with FlyFarm Queensland, our goal is to understand BSF genetics so that we can manage genetic resources on-farm and be able to predict genetic merit and understand feed effects. We are also developing near-infrared technology as a tool for rapid protein and fat phenotyping,” Zenger said.

The federal government’s Australian Research Council awarded the project a linkage grant of over $600,000.

“The ultimate goal is the long-term growth and competitive advantage of the Australian insect farming industry, as well as promoting the benefits of a circular economy through the bioconversion of organic waste into commercially produced products. viable,” Professor Zenger said.

The project will last three years.