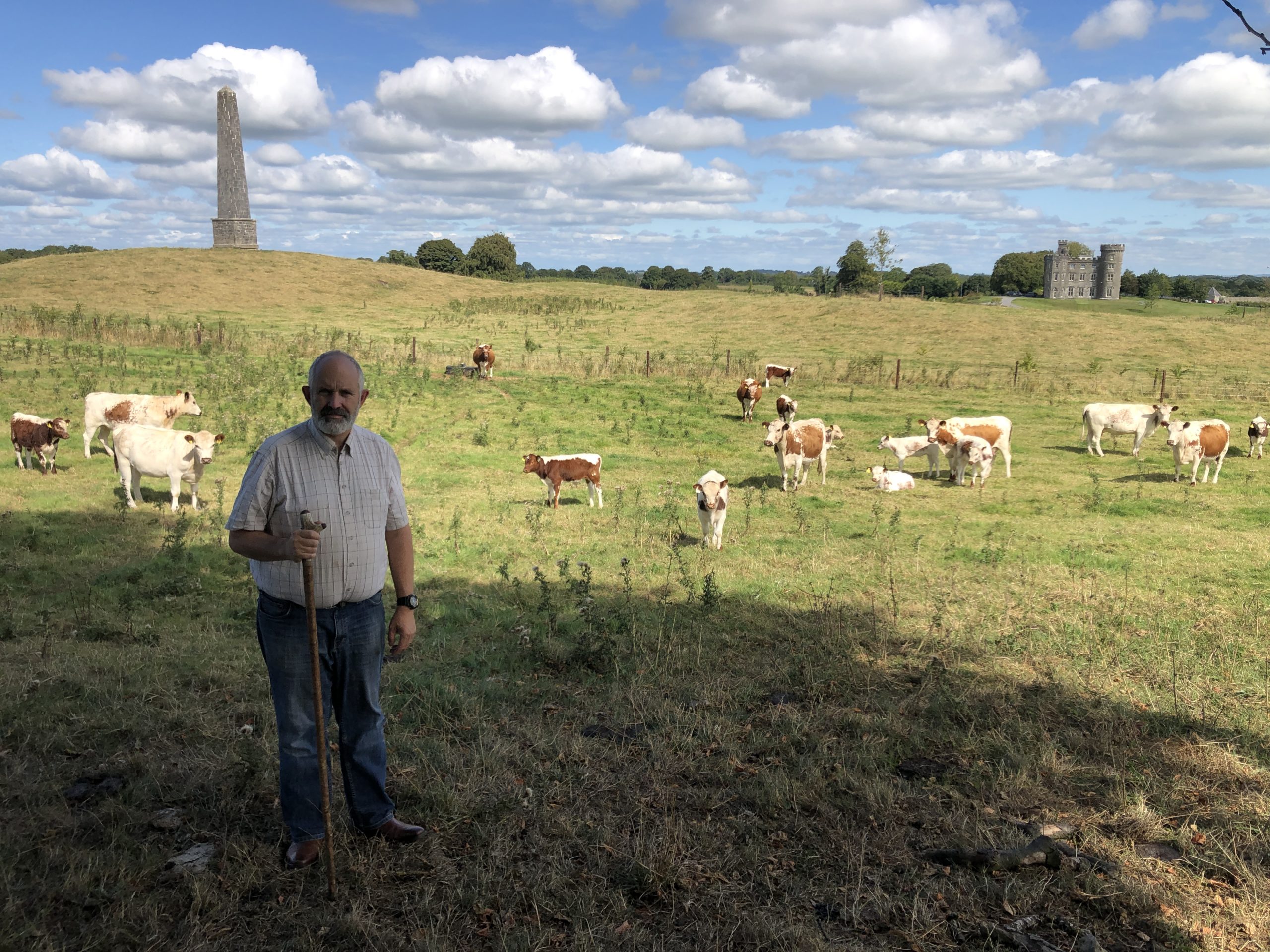 Local man Anthony Gilsenan is the farm manager at Killua Castle and Agriland recently visited the farm to learn more about the unique farming system in place.

“There is a total of 340 acres of owned and leased land. Killua Castle is currently owned by the Sangines-Krause family who have gone to great lengths to restore the castle to its former glory by piecing together its history to make it as authentic as it would have been when it was first built,” Anthony explained.

“They are also very fond of rare breed animals, hence the birth of the farm business.”

The castle certainly has an interesting history: it was the home of Lawrence of Arabia’s father and the famous Raleigh obelisk is located in the grounds near the castle.

The obelisk was erected in 1810 by Thomas Chapman and is believed to mark the spot where Sir Walter Raleigh planted some of the first potatoes he brought to Ireland.

The farm was established about five years ago with the purchase of a flock of sheep. Since then, the range of animals has expanded considerably.

Some of the farm animals include:

While horses are kept for novelty, most animals are kept on farms for their produce.

Some of the farm animals can be seen in the gallery below.

The outbuildings near the castle have been restored and will be used as a restaurant and farm shop, both of which aim to open later this year.

In addition to this, an EU-approved farm-scale meat processing facility has been built on a farm for butchering and processing the meat produced there.

The farm manager explained, “The processing plant has been open for 14 months now. What we did until then was rent a place to process our meat and [we sold] produce at farmers markets and restaurants.

“The site is an EU approved processing plant which consists of three chillers, a deboning room, a processing room and all associated plant rooms.

“One of the chills is a specific dry chill where certain cuts of beef are left to age.

“An artisanal butcher prepares and packages the meat before it is sold to consumers.”

Anthony said the decision was made to build the processing plant because the team at Killua Castle “felt it was the best way to advance rare breeds and be able to go from farm to fork on the spot”.

All the meat going through the plant will be rare breed and the majority will be Irish Moiled beef.

“The farm already offers products such as venison and lamb at retail and beef will soon be retailed as well,” the farm manager said.

“We want to develop the rare breeds by marketing them as products.”

“The marbling and flavor of Irish Moiled Beef is just amazing. It’s a taste you don’t get in a lot of other breeds,” he added.

“Our goal is to establish one of the best herds of Irish Moiled cattle in the country,” said Anthony.

The farm currently has 40 pedigree Irish Moiled cows and hopes to increase that number to 50 over time. The herd calves from March and is overwintered in a dry litter shed while some of the cattle are also overwintering.

In addition to this, the farm has around 55 Irish Moiled steers that will be finished on grass and processed and packaged in the on-farm processing facility.

The farm has a herd of Red Deer which are kept in specially fenced enclosures. Venison is sold at farmers’ markets as well as some restaurants.

Wild boar are also raised in Killua and the plan, Anthony said, is to use the pork in the farm’s restaurant and also market it directly to customers.

Conservation is a central theme in the overall philosophy of Killua Castle.

The conservation of the old buildings is evident from the work which has restored the castle ruins to their former glory and the renovation of the walled gardens and associated outbuildings which surround them.

In addition to this, 60 acres of grasslands and 20 acres of native forests are dedicated to conservation pasture. Over the past five years, 9 km of hedges and 4,000 trees have been planted.

In addition to this, a bee habitat with 9,000 plants and three artificial lakes have been installed for wildlife conservation.

The future plan for Killua Castle Farm is to continue to develop the rare breed business and further improve the conservation work the farm is already doing so well.

Killua Castle Park is open every Saturday from 10:00 a.m. to 4:00 p.m. and the castle itself is open for tours if people book through the website in advance.