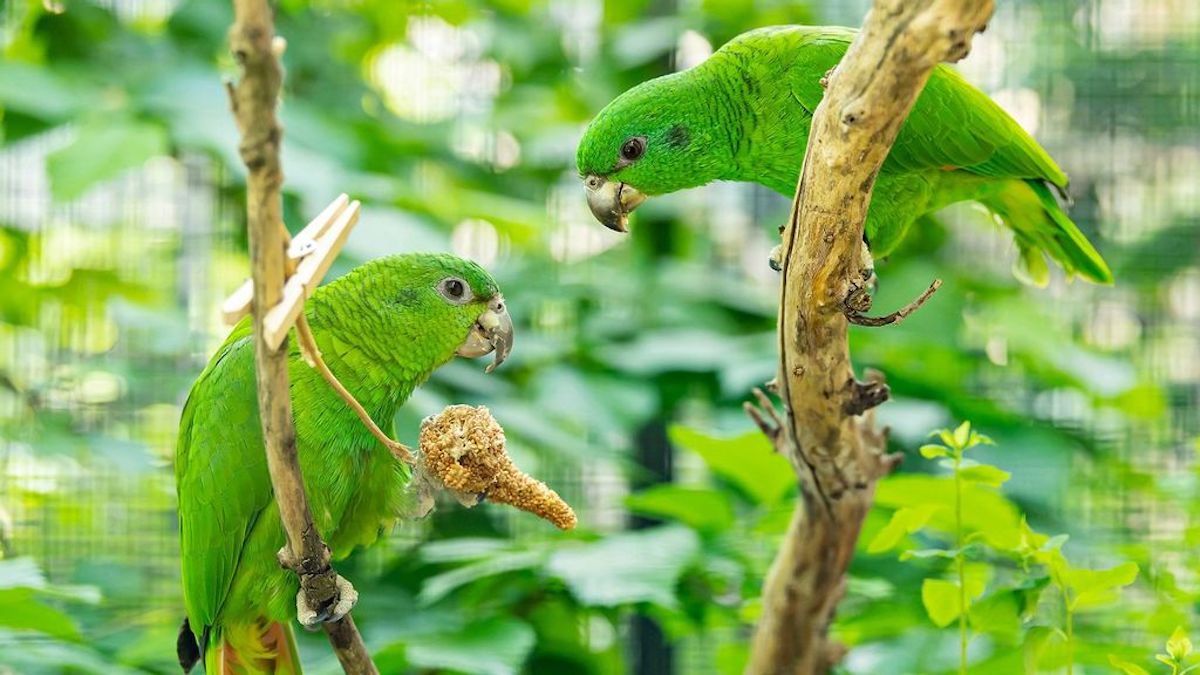 Europe’s last captive male black-billed amazon parrot has been moved to a new zoo for a breeding program with one of the few females of its species.

The bird – originally from the Caribbean – has come from Spain’s Canary Islands to take up his new post in the Austrian capital of Vienna.

The breed is officially listed as endangered by the IUCN.

The male red-backed amazon (Amazon agilis) arrived at Tiergarten Schonbrunn Zoo in Vienna from Loro Parque Zoo in Tenerife, Spain on May 12.

The lovebirds have already been introduced to each other in a special enclosure where they can be seen sharing treats and bonding.

Head of the zoological department Simone Haderthauer revealed: “We are very happy that the sensitive bird survived the flight so well.”

She added: “Now the two are getting used to each other in peace. From this week visitors can see them in the facility next to the keas.”

The natural home of the species is Jamaica, where it is found in the rainforests of only two small mountain ranges.

The breed forms small flocks of no more than 30 birds where they blend into the forest canopy and are perfectly camouflaged by their green plumage.

According to the zoo, black-billed amazons get their name from their almost black beaks and are very reserved with a rather gentle personality.

Additionally, the black-billed amazon is the smallest Amazon parrot at just 10 inches long.

Parrots feed on fruits, seeds and nuts, but also enjoy cultivated fruits such as mangoes, papayas and cucumbers, as well as wild fruits.

Populations of black-billed amazons have drastically declined due to deforestation and hurricane damage that fragment their forest, as well as poaching for food and the trade in wild parrots.

Although they were quite common in the past, they are currently listed as endangered by the IUCN Red List of Threatened Species.

Zoo director Stephan Hering-Hagenbeck said: “Like many Amazonian species, the red-backed parrot is critically endangered in its natural habitat. The main reason for this is the illegal trade in animals and destruction of its habitat, including deforestation.”

He added: “So we are very happy to have been able to bring these two individuals together and are now hoping for offspring.”

This story was provided to Newsweek by Zenger News.