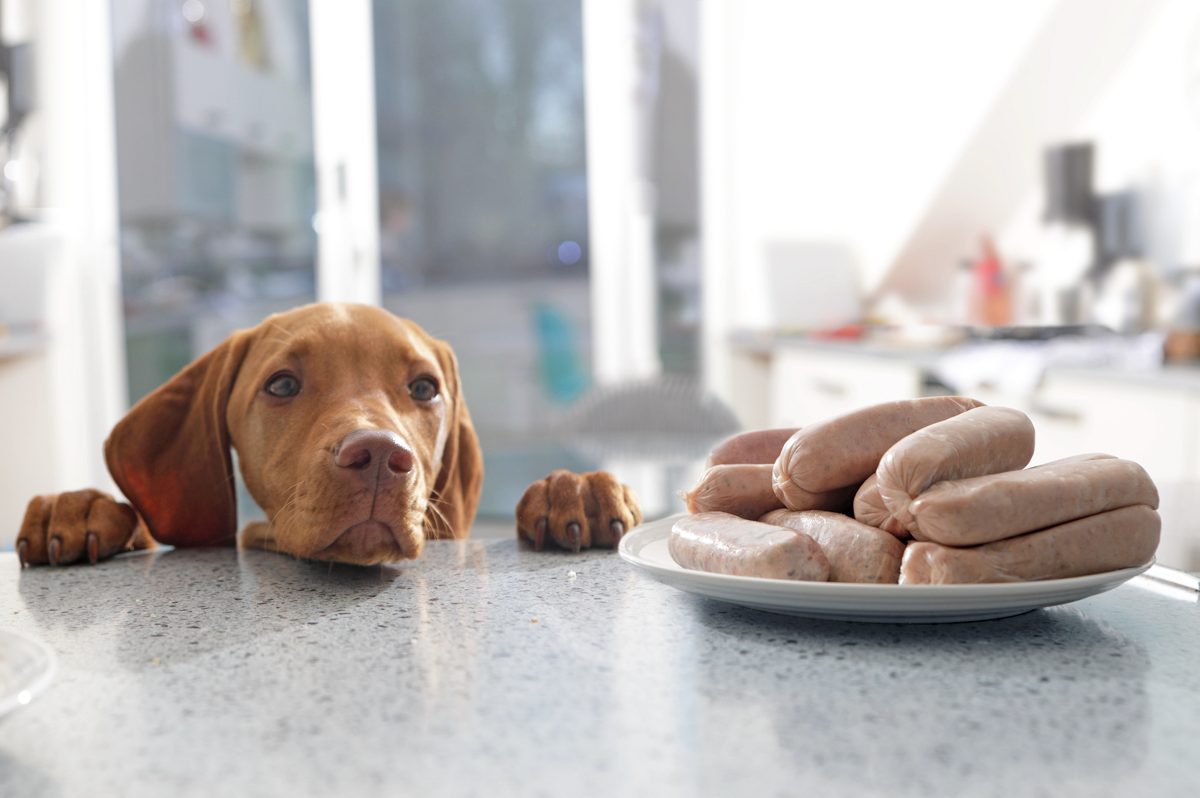 A study of facial muscles in dogs and wolves has revealed key anatomical differences that are likely the result of selective human breeding.

Scientists say the 33,000-year-old relationship between humans and dogs is based on a reciprocal bond between the two species, which developed through mutual gaze and the dogs’ ability to ‘communicate’ with similar facial expressions to those made by humans.

It’s likely that humans selectively bred dogs based on their effectiveness at communicating in this way, which may have led our furry friends to facial muscles evolve to become faster and more responsive.

The new research compared dogs with wolves and focused on specific muscles called mimetic muscles. These are muscles found in mammals that connect to nerves in the face, and they help us communicate our many emotions – frowning or smiling. The facial nerve is often affected by a stroke, leading to paralysis of the mimetic muscles.

In humans, mimetic muscles are made up of fibers that allow us to form facial expressions almost instantly, says a biological anthropologist. Dr Anne Burrows, the lead author of the study. But while these “fast-twitch” muscle cells help us smile whenever someone is holding a camera, they also tire quickly, making school photo day a painful experience.

Mimetic muscle cells with slow-twitch fibers do not react as quickly, but they are more efficient at controlling and maintaining position.

Since facial expressions help us regulate our social interactions and bonding with dogs, Burrows wanted to know if the mimetic muscles of our canine companions had evolved to allow faster facial movements. Did we selectively breed the eyes of the puppies?

Compared to samples taken from wolves, the dogs’ facial muscles had a higher percentage of fast-twitch fibers. This difference likely contributed to dogs’ ability to communicate with us, and throughout the process of domestication, “dogs’ muscles could have evolved to become ‘faster,’ which would further benefit communication between dogs and humans,” Burrows said.

“The classic ‘puppy eyes’ facial expression is one that dogs make in front of their humans. While we can’t know exactly what dogs are thinking when they make this expression, it seems to trigger a caring response in dogs. humans.” Burrows said.

Next, the team wants to expand their research to cover a variety of dog breeds. “From very small breeds to very large breeds, we want to understand breed differences and whether certain breeds use their facial muscles in different ways,” Burrows said.

Learn more about the science of dogs:

2022-04-05
Previous Post: 4 safety tips from the experts at Gatorland
Next Post: Watch: Episode 1 of the Sustainable Livestock Summit