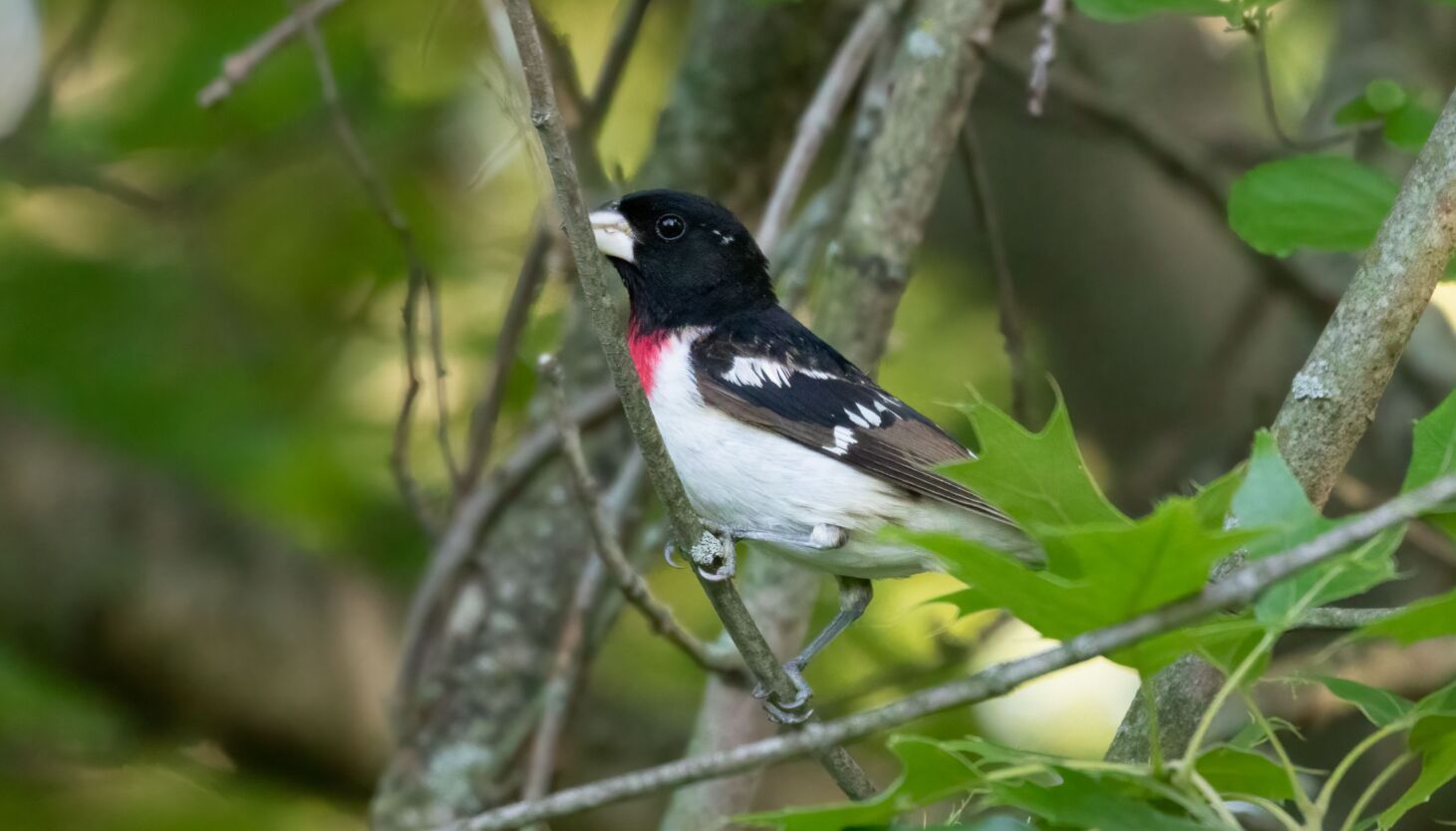 Woody Goss spotted an American red squirrel – a first in Illinois for him – after driving through the Teason’s Woods parking lot to Cap Sauers Holding Nature Preserve in Palos Park. We had just met, so he had no idea that red squirrels had a piece of my heart.

This set the tone for a training session of his breeding bird survey for the Bird Conservation Network (BCN).

”The guy who did it before me [Tom Mulcahy] did it for about 15 years,” said Goss, who is in her second year. “I was really honored when they gave it to me.”

At each established point (all 13 are on his Google Maps), he watches and listens for birds within 75 meters for exactly five minutes. He does his survey twice, two weeks apart. During the survey, Goss tracks nest building, territorial calls, and courtship displays.

BCN, a coalition of 21 conservation organizations, has collected breeding data from managed lands in the six-county region since 1999. The ”Breeding Bird Trends in the Chicago Region 1999-2020” gives an update, both uplifting and depressing, on the status of over 100 breeding species.

”When I discovered [Cap], I came every day,” Goss said. “For some reason, this wood gets a handful of species that you don’t see often. This is one of the coolest places in Cook County. Last year I had a white-eyed vireo. I don’t think they breed here.”

“Cedar waxwings look like a lot of different baby birds,” he said. “Another that looks like a whining baby is a gnat catcher. ”

Goss uses a Canon EOS 7D with a 100-400mm lens, Nikon Monarch binoculars, the Peterson Field Guide to Bird Sounds and the Merlin Bird ID app. After each birding trip, he compiles an eBird list.

“Ah, there’s an Acadian flycatcher,” Goss said. ”He’s the one I have to follow. There will only be one or two.

When he had a Louisiana warbler within 75 yards, he said if he had done the survey he would have rushed to the next spot, hoping to have it within range.

Goss is also a musician. He is best known as the keyboardist of the funk band Vulfpeck.

When an Acadian flycatcher made a territorial call, he said, “It’s interesting that they even do that to humans.”

To confirm a blue-grey gnatcatcher, he “might have to look at the ultrasound.”

“They used to raise chestnut-sided warblers here, but not anymore,” Goss said. “That’s probably one of the stories of declining bird populations.”

At the end of the loop came the red-headed woodpecker, the red-winged blackbird, the starling, the yellow warbler.

“The only duty is to check the furnace bird,” Goss said. We had it on Merlin, but he wasn’t sure.

On the way back came the downy woodpecker, barred owl (”Who cooks for you?”), turkey vulture, chimney swift, eastern bluebird, eastern tyrant .

A surprising failure was the big spike.

BCN’s full data set, background and analysis are at bcnbirds.org/trends21/trends.html.