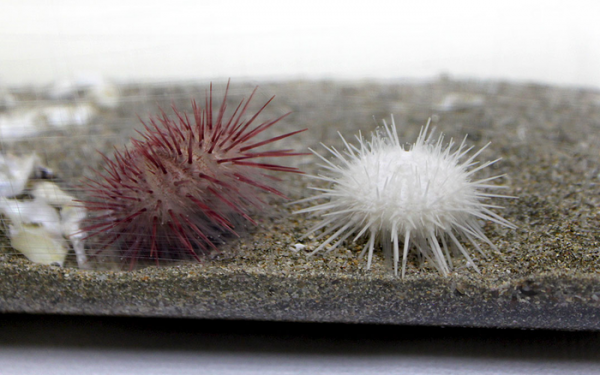 Newswise – Tsukuba, Japan – Many people may not realize that the humble sea urchin is a titan when it comes to studying biology. Now Japanese researchers have discovered that sea urchins could help biological studies go further than ever before.

In a study published this month in Development, Growth and Differentiationresearchers from the University of Tsukuba have revealed that a particular species of sea urchin could be a game-changer, opening up new avenues for genetic research.

Sea urchins have been used for more than a hundred years as a model to understand the functioning of biological systems. These organisms have made it possible to identify the mechanisms underlying biological phenomena, ranging from gene regulatory networks to proteins involved in cell cycles. However, there is a catch: the model species used so far take 2 years to reach reproductive maturity, which makes them unsuitable for genetic studies.

Researchers have identified Temnopleurus reevesii as a candidate species because it only takes 6 months to produce the next generation, and eggs and sperm can be collected continuously throughout the year when kept above 20°C . Most other model sea urchins lack these characteristics, making this species useful for laboratory culture.

The team assembled a draft genome of T.reevesii and built two genomic databases, TrBase and Western Pacific Sea Urchin Genome Database (WestPac-SUGDB), the latter containing genomic information on T.reevesii and another species of model sea urchin, Hemicentrotus pulcherrimus. The purpose of creating these databases was to provide genetic information and establish a portal site for genetic data on western Pacific sea urchins. WestPac-SUGDB also has research programs to compare the two data sets.

“We anticipate that these databases will not only contribute to genetic research on sea urchins, but also to evolutionary research and comparative genomics,” says Professor Yaguchi.

The results of this study opened up the possibility of using T.reevesii as a new model species for research in a number of areas including cell, developmental, experimental and evolutionary biology. Additionally, the researchers suggest that research in the near future will identify another sea urchin species as an improved model organism for medicine and the life sciences.