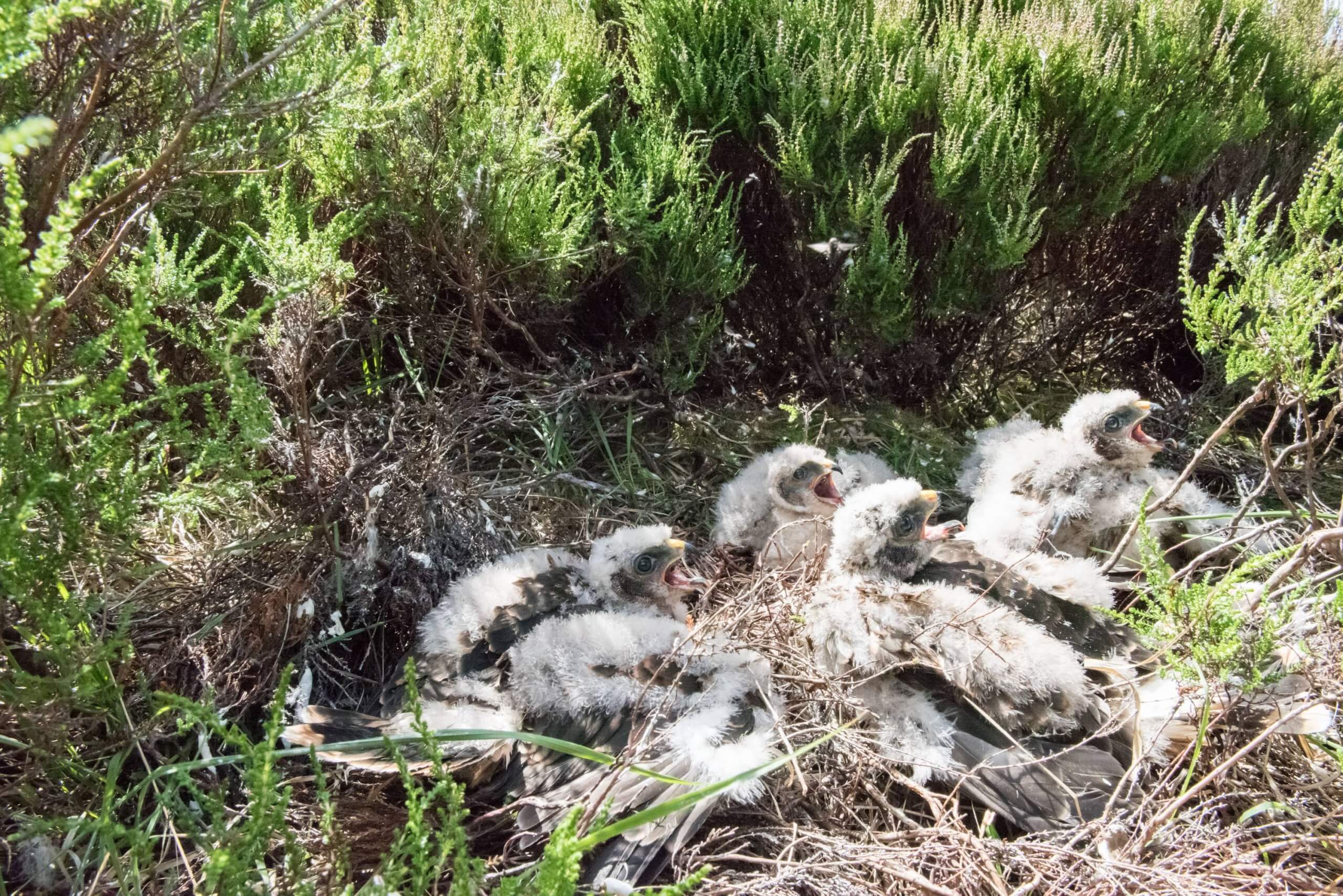 The National Trust has had its most successful breeding year for rare Hen Harriers in the Peak District in over a decade.

The charity said seven young managed to fledge from several nests on National Trust land in the High Peak. This follows work with the RPSB and the Peak District Raptor Group to encourage birds of prey to live in the national park.

The trust said it had undertaken work including the cutting of heather to encourage a more diverse range of heathland plants, including sphagnum moss, blueberry and cottongrass, helping to support wildlife such as small mammals that birds depend on for food.

The trust is also working with its tenants to ensure they manage the land to support more birds of prey in the area.

Hen harriers are England’s most endangered birds of prey, due to historical persecution and because they prey on grouse chicks to feed their young, bringing them into conflict with commercial shooting ranges.

They have seen their numbers rise from a low in 2013 when no birds managed to fledge from nests in England, leaving the bird on the brink of extinction in the country.

Hen harriers have been helped by a variety of approaches including conservation work, monitoring and, more controversially, “brood management” in which chicks are removed from their nest to prevent grouse predation and released into the area once they can fend for themselves.

But they are always at risk. A study published by government conservation agency Natural England in 2019, analyzing satellite tagging data, found young hen harriers are suffering abnormally high mortality rates, with illegal killing being the most likely cause .

“The presence of birds indicates an abundant and healthy food source, which shows that the work we have done so far to improve the landscape is beginning to provide ideal conditions for different species to thrive.

“However, we want to see more of these important birds of prey in the High Peak, as they play an important role in creating the right ecological balance in the landscape.

“That’s why it’s crucial that we continue to work together to achieve our goal of increasing the population of birds of prey in the region and doing all we can to prevent persecution.”

This year’s success in the High Peak comes despite the failure of two nests earlier in the season.

To help track the progress of the young birds, they have been fitted with tracking tags by the RSPB and Natural England.

Mike Price, of the Peak District Raptor Monitoring Group, said: “A mild winter, good prey availability and good weather during the nesting period have undoubtedly all contributed to what appears to be a successful year for breeding raptors. Hen harriers both locally and nationally.”

But he warned: “Now that the birds have taken flight, the birds will face new threats, so we must continue to work together to remain vigilant and do all we can to protect them.

Visitors and residents are encouraged to contribute to bird conservation efforts by staying on trails and leashing dogs during ground nesting season from early March to late July.