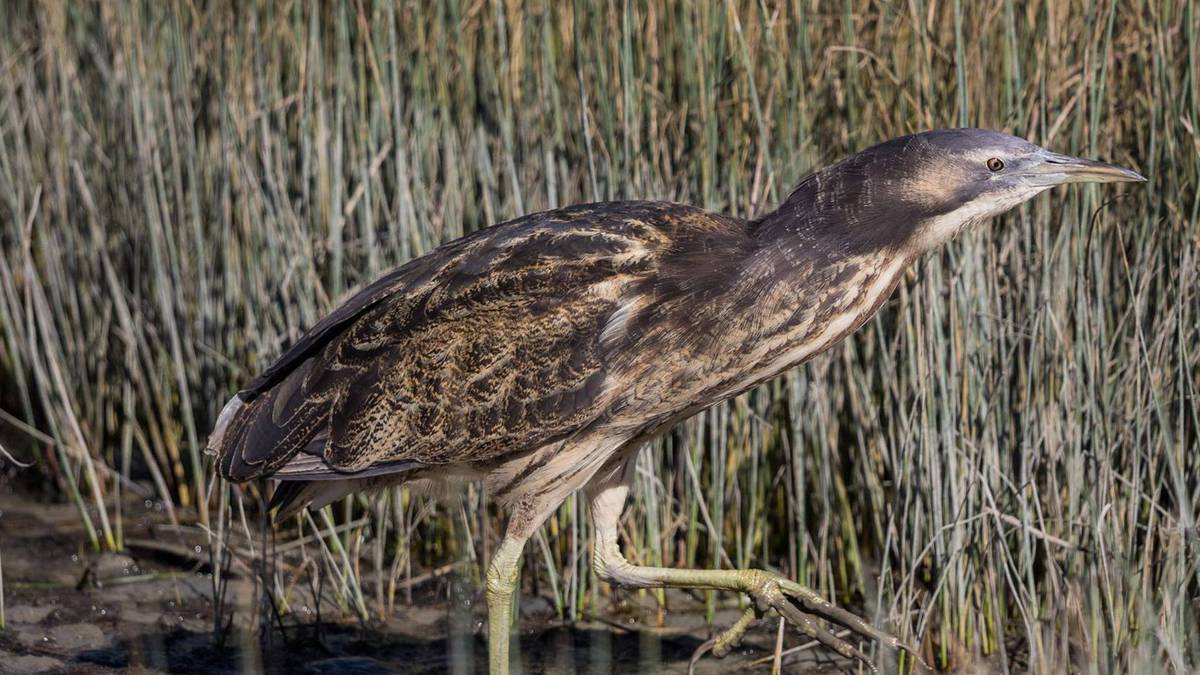 The matuku or Australasian bittern is so good at being undercover that it is difficult to find and track. Photo/Imogen Warren

Testing a drone equipped with thermal imaging has succeeded in locating some of New Zealand’s most elusive and enigmatic native birds.

The Australasian Bittern, or matuku, is a rare bird sometimes heard but rarely seen in the country’s wetlands, including Waikato. Bitterns were common in New Zealand in pre-colonial times, but are now classified as “threatened – nationally critical”, numbering less than 1000. Introduced predators, native Australasian harriers (kāhu) and the Reduction of wetland habitats and water quality are their main threats. .

Males are known for an unusual booming call to attract females. Listening to this distinctive sound helps estimate the population of birds in their preferred habitats, using audio recording devices or trained volunteers scattered around wetlands.

But these methods mean that bittern population estimates are based solely on the number of males. Using a drone equipped with a thermal imaging camera will provide new insight into the species, allowing scientists to monitor female bitterns and nesting success.

Harry Caley, DoC science adviser on wetland birds, explains that the drone test flights were carried out at five sites around the Bay of Plenty and Coromandel: the Little Waihi Estuary, the Kaituna Wetland, Waimapu Estuary, Pahoia Estuary and Whangapoua Port.

Researchers and volunteers, led by Tauranga-based DoC Biodiversity Warden Karl McCarthy, spent many hours locating the male bittern to determine where their territories were. Then Flightworks ecologists helped find females and their nests using a thermal imaging drone.

The flights coincided with peak activity in the bittern breeding season. Each flight lasted about 20 minutes, covering 10 to 15 hectares. During the 49 flights, researchers spotted at least 11 bitterns and two nests. The presence of the drone did not disturb the bitterns, so their behaviors were also captured on video, including the birds mating (this is believed to be the first time this has been filmed).

“Thermal imaging works best with high temperature contrast between the bittern and its surroundings,” says Hamish Kendal of Flightworks. “Fieldwork began at 5:30 a.m. each morning to take advantage of the cool vegetation contrasting with the bird’s warm body temperatures,” he says.

When nests were found, researchers moved on foot to position small camera systems that captured bittern activity which will be crucial in helping to determine why the bittern population is still declining. The drone also captured the time during which females leave the nest, the development and fledging of chicks, and their predation by other species.

The thermal drone trial was successful in relatively short rush vegetation, but has yet to prove effective in finding birds and their nests in thicker vegetation such as tall raupō.

DoC biodiversity officer Nigel Binks says the successful completion of the trial is an important milestone in the work of protecting the bittern.

“Detecting matuku females has always been quite difficult; the only way to do it is with a trained detection dog walking through a wet area, which is really invasive and can scare the females out of the nest,” he says. . “Being able to identify the female bittern will give a more accurate representation of the population and tell us about the habitat requirements of these birds.

“We plan to use the drone to fly over known nesting habitat types to determine if we have nesting bitterns at Whangamarino, which is one of New Zealand’s internationally recognized Ramsar wetlands. The discovery of their nests will help determine the top predators of bittern eggs and chicks, and camera systems will help us do that.

“With this information, we will be better equipped than ever to plan appropriate management to increase the likelihood of successful fledging and, at the same time, add to the gene pool of the population.”

The thermal drone work was carried out as part of Arawai Kākāriki, the DoC’s national wetland restoration program. The announcement of the trial’s success coincided with World Wetlands Day, which aims to strengthen and scale up action to protect and enhance wetlands.