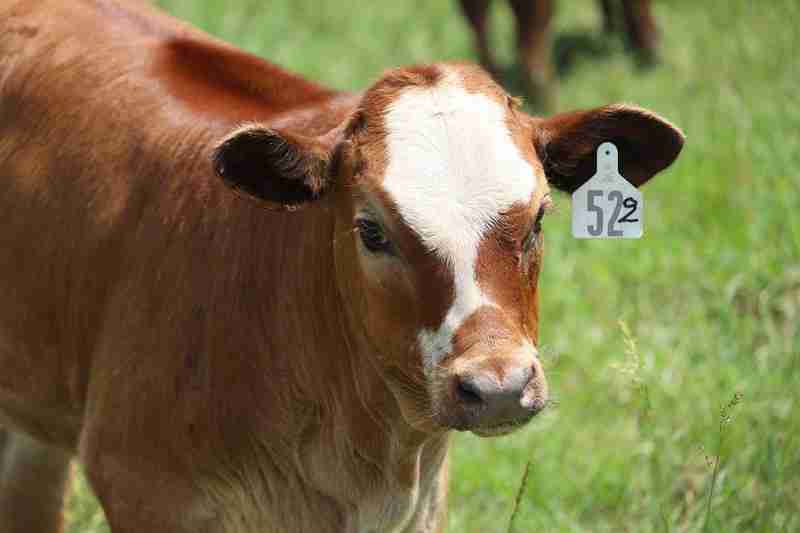 MONTICELLO, Ark. – The University of Arkansas cattle herd at Monticello is getting an upgrade, receiving more than two dozen handpicked Beefmaster cows and calves donated by James and Mary Ann Skelton of Springdale .

“I didn’t want UAM to have scrubs,” 77-year-old James Skelton said. “I sell, so I donated the best end of my cows.”

At one time, Skelton and his brother managed over 300 head of Beefmaster cattle.

“My brother left the company, and now it’s just my two sons,” Skelton said. “We have around 60 cows. They too now want to get out of the cattle trade. So it’s a good time.

UAM has long had cattle on its campus, a research and demonstration herd managed by the University of Arkansas System Division of Southeast Agriculture Research and Extension Center. When the center closed, the herd was transferred to the UAM.

“With the change of ownership, the objective of the cattle farm has changed. We were suddenly burdened with the need for our cattle to produce calves for profit so that the farm could support itself financially,” said Rocky Lindsey, veterinarian and associate professor of animal science.

UAM farm manager Greg Montgomery said the donated cattle, which arrived in May, have excellent traits and are leapfrogging where the program wants to be.

“We get proven genetics,” Montgomery said.

“There are three boxes we try to check. The first is visual assessment; we want them to look pretty as you go down the road. The next two boxes included the pedigree; what ancestry do they have and have they produced recognizable genetics? ” he said.

“The third box is about EPDs or expected progeny differences. These three things can get really complex, but it’s pretty simple once you know the process. If we tick all three boxes, we’re improving our cattle,” said said Montgomery.

“They have lineage; they are given a number, the animal’s birth weight is recorded, weaning weight and yearling weight. By the time you’re done, you have a huge database to help you improve the quality of your herd,” he said.

UAM does not often participate in competitions with its livestock. However, last year Montgomery and a student tested the waters at the Arkansas State Fair. The result was a measuring stick.

“The results couldn’t have been better,” Montgomery said. “We were at the state fair in 2021. We had a heifer and a bull. Our bull won Arkansas Champion and Grand Champion Beefmaster Bull.

“We came out of there with a lot of purples. For me, it was the first time I did that,” he said. “Even as a kid, I had never won the state fair. It was cool to do that for college and a cool thing for me.

Montgomery said UAM student Rayven Callaway showed off the cattle and “she did a wonderful job. Kudos to her for the work she did. We hope to have more interaction with the students at the future by showing our livestock.”

“The original goals of the herd when the University of Arkansas system was teaching and research. Generating income through the sale of cattle was not the goal,” Lindsey said. still using them as a teaching herd and doing quality research, but the focus has changed since UAM took ownership of the cattle and the goal now is for the UAM farm to grow and support itself.

“We can brand our UAM university name and become well known. We are starting to market ourselves as a quality Beefmaster breeder. It adds value to our livestock,” Lindsey said.

“Everything we do here on this cow farm will have a student involved,” Montgomery said. “At the end of the day, whatever we do to improve the college herd; the student is 100% involved in the practice. As the herd gains prominence, the university also builds its name and reputation. This means more opportunities for the student.

Skelton became familiar with the UAM breeding program about five years ago. At that time, Bill Pendergrass, executive vice president of Beefmasters Breeders United, told Skelton that UAM needed a bull to raise their cows. Skelton called Montgomery and told them that at school he could use one of his best bulls for a few months. The bull was one of the top five Beefmasters. The bull and the cows have done their job producing the best calves. However, the closure of the SE Research Center meant that Montgomery had to start over.

The “donation we received was very beneficial, with no strings attached,” Lindsey said. “Some of the cattle we were originally going to sell, the donation agreement allowed us to do that, but instead the quality of the animals we received were very good. These cows and calves will now be incorporated into our existing breeding program.