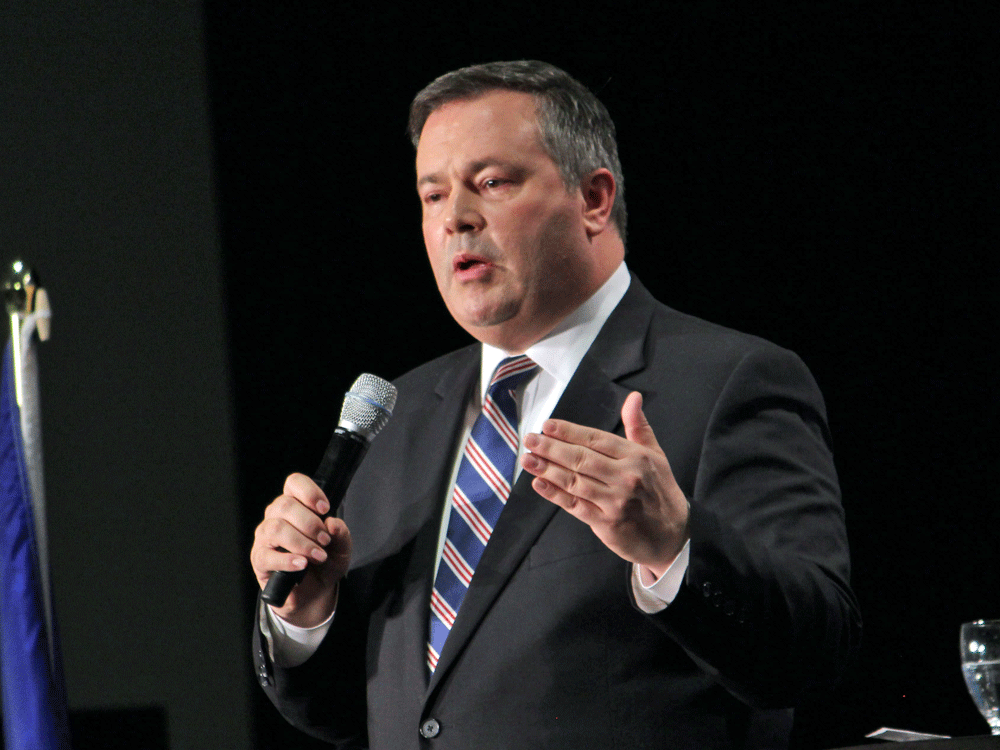 One of Jason Kenney’s caucus members says the Alberta premier is reaping what he sowed through personal attacks, dividing people and intimidating opponents.

“It is this negativity developed through a culture of fear that destroys unity,” Peter Guthrie, United Conservative Party member for Airdrie-Cochrane, said Tuesday in a five-minute video posted to his Facebook page.

“The prime minister is encouraging disrespectful treatment through his own actions,” Guthrie said.

“It was precisely this approach and style of leadership that drove a wedge between the (United Conservative Party) caucus and the executive, causing opinions to solidify against Jason Kenney.”

Criticism of Kenney by some members of his own caucus has been bubbling to the surface for more than a year, prompted by disappointing polls and fundraising numbers.

Kenney said it was because of resentment over some of his decisions regarding COVID-19. But Guthrie and other UCP members of the legislature say the prime minister operates a close-knit top-down command structure, unresponsive to advice from below.

Critics have grown sharper and sharper in recent weeks after the party executive made last-minute changes to distribute mail-in ballots rather than hold an in-person vote at a leadership review by Kenney.

Critics say the changes were made to ensure Kenney won majority support. Otherwise, he would have to resign according to party rules and a leadership contest would follow.

Guthrie, along with other dissident members of the legislature, and Kenney supporters have publicly attacked each other on mainstream and social media.

Last week, several backbenchers expressed their deep concern about Kenney in a newspaper column. Leela Aheer, demoted from the cabinet last year for criticizing the prime minister, said she feared the UCP was being equated with corruption. MP Angela Pitt called the government a closed circle of policymakers contemptuous of dissenting voices.

Another MP, Jason Stephan, said unity does not mean walking off a cliff together. Recently elected UCP member Brian Jean likened Kenney to a millstone around the neck of the party that will drag him to defeat in the 2023 provincial election in Alberta.

Kenney himself – in a leaked audio recording – called his critics “crazy” and “goofy people” and compared them to insects drawn to the bright light of his party’s success.

“This administration bullying is not controlled by the prime minister because it supports his goal,” Guthrie said.

“In their minds, there’s nothing wrong with doing things that are unethical or in poor taste if it’s a benefit to their cause or a means to an end.”

Guthrie’s post is one of the longest and sharpest attacks on Kenney’s leadership since backbencher Todd Loewen called out Kenney a year ago. Loewen was immediately kicked out of the caucus, as was another Kenney critic, Drew Barnes.

UCP members are currently sending in their ballots on Kenney’s leadership. The results will be announced on May 18.

Last week, Kenney called on all parties to stop public attacks. He added that he had probably been too soft on dissenters and promised that if he won a majority in the vote, everyone in the caucus would have to line up.

“There’s this strategy run constantly by Jason Kenney himself of not disagreeing or explaining why the people who criticize them are wrong, but (instead of) attacking them personally,” Williams said of the Mount Royal University in Calgary.

“It will stir up anger. This will increase the division.

Sign up to receive daily news from the Calgary Herald, a division of Postmedia Network Inc.

Thank you for your registration!

A welcome email is on the way. If you don’t see it, please check your spam folder.

The next issue of Calgary Herald Headline News will soon be in your inbox.

We encountered a problem during your registration. Try Again