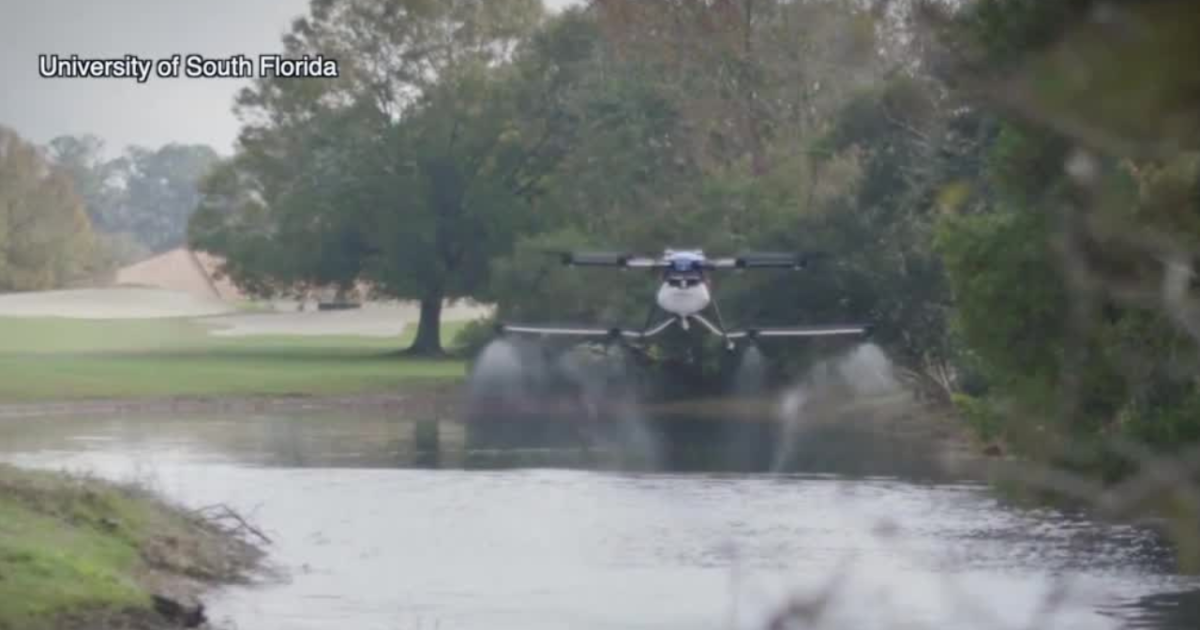 A University of South Florida associate professor is working on a drone project that he hopes will end the spread of tropical diseases across the world, and the technology is working its magic in Hillsborough County.

Benjamin Jacob is currently in Uganda working with drones to try to eradicate a major source of malaria. He created the technology, which combines a smartphone app with a drone and satellite images to find mosquitoes.

The purpose of the drones is to find mosquito breeding habitats that were previously unknown. It works by finding specific environments using their unique “fingerprint” using a color value that has been assigned to that species or habitat. From there, the drone captures sets of data to identify areas like mud or vegetation where mosquitoes might be living.

Jacob’s drone was 100% accurate at finding mosquito habitats in testing. He said it can help identify areas with potentially disease-carrying mosquitoes in Africa and here in the Tampa Bay area.

He says this allows authorities to avoid spraying entire fields with insecticide. Instead, they can just target areas where mosquitoes live. Not only does this avoid using the insecticide over a large area, but because it is targeted, the risk of mosquitoes developing a tolerance also decreases.

Jacob thinks his technology could also bring relief to taxpayers if local leaders use the drones. Its drones cost thousands of dollars less than the aerial fumigation processes currently in place. Local leaders have used helicopters and ground surveys, but that would be a much more viable option in his opinion.

With a grant from the Joy McCann Foundation, Jacob’s drone mapping has identified more than 9,000 disease-affected mosquito habitats found in Hillsborough, Polk and Manatee counties. He hopes to attract the attention of the right people to expand the use of the drone.

“We’re hoping to get the governor’s attention so we can move forward and get a few more counties involved like Pasco, Polk, show them we can use drones and not helicopters,” Jacob said.