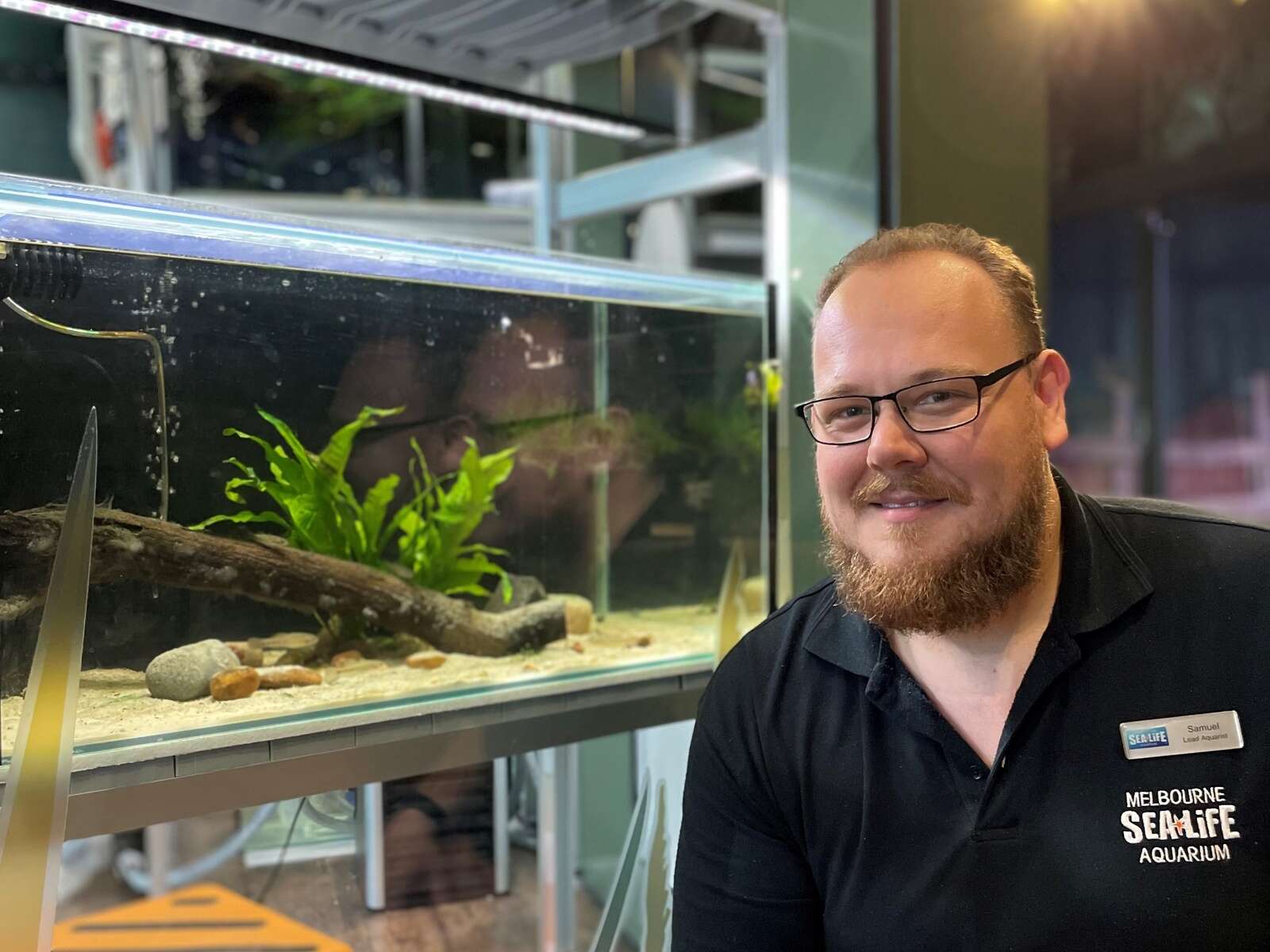 A rare native fish, thought to be extinct but discovered near Kerang, will be part of a breeding program being developed by a Melbourne aquarium.

Visitors to Melbourne’s Sea Life Aquarium will be able to see the southern purple-spotted gudgeon, which was thought to be extinct until 2019 when two were discovered near Kerang.

Since then, the North Central Catchment Management Authority has been determined to restore a thriving population of “zombie fish” (so called because they have “come back from the dead”) by establishing a breeding program in partnership with Sea Life.

The exhibit will also educate visitors about the importance of wetland conservation.

Sea Life conservation supervisor Sam Fawke said they currently have a population of sub-juvenile fish and aim to have their first fry (offspring) within six to 12 months.

“Once they are about 2-3cm long, the next step will be to relocate the new generation to pest-free ‘surrogate’ sites to further establish the population before hopefully reintroducing them to the areas. native wetlands of northern Victoria,” Mr Fawke said. .

This is the first time Sea Life Melbourne Aquarium has raised native fish on-site with the aim of releasing them into the wild, and the first partnership with North Central CMA.

“We hope to be involved in other programs like this in the future to help conserve marine and freshwater species, especially those that are endemic to Victoria,” Mr Fawke said.

North Central CMA Project Manager Peter Rose said they were delighted to be part of the breeding program.

“This is a wonderful opportunity to raise the profile of the southern purple-spotted gudgeon and will also give aquarium visitors a taste of the work we are doing to protect and improve the environment in 13% of Victoria,” said Mr. Rose.

The fish population is thought to have declined in Victoria due to increased river regulation, habitat destruction and the introduction of pest species.

Mr Fawke said they were dedicated to local conservation projects and when freshwater aquarists saw the southern purple-spotted gudgeon had been rediscovered locally “we couldn’t help but jump to edge”.

Sea Life Melbourne Aquarium is developing signage in conjunction with North Central CMA that will show the northern region of Victoria, and they are working on a display screen that will show aerial views of the wetlands to add educational value.

Sea Life Melbourne Aquarium, Sea Life Trust and North Central CMA have invested over $75,000 in the space not just to develop it for the southern purple-spotted stud, but as a long-term space for Sea Life Melbourne to continue to breed, save and protect species that need help or support.

Mr Fawke said they were already observing breeding behavior and hoped to have the first fry within the next six months, with release plans in line with North Central CMA guidelines.

Visitors to Melbourne’s Sea Life Aquarium can see the southern purple-spotted gudgeon up close and learn about the breeding program in the new Level 1 Wetland Salvage Nursery.

The aquarium is open seven days a week, with tickets and further information available at: www.visitsealife.com/melbourne